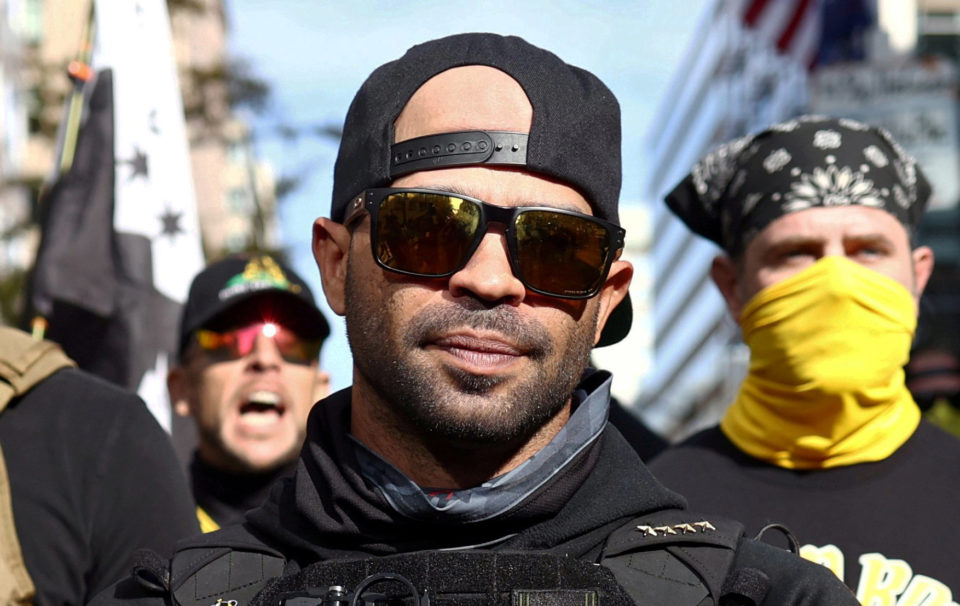 Enrique Tarrio, who is known as the leader of the far-right group Proud Boys has been sentenced to serve more than five months in jail after admitting to the court that he had burned a Black Lives Matter banner taken from a historic Washington, D.C. Black church in late December of 2020.

According to CNN, the Proud Boys leader was sentenced on Monday to serve more than five months in jail. This stems from his admittance to stealing and then burning Asbury United Methodist Church’s Black Lives Matter banner in December as well as him bringing high-capacity rifle magazines to Washington, DC, several days before the January 6 US Capitol insurrection.

Judge Harold L. Cushenberry Jr. of DC Superior Court had stated that Tarrio’s conduct in the nation’s capital undermined American democracy.
“This court must respect the right of any citizen to peacefully assemble, protest, and make his or her views known on issues,” Cushenberry stated. “But Mr. Tarrio’s conduct in these criminal cases vindicate none of these democratic values. Instead, Mr. Tarrio’s actions betrayed them.”

In December 2020, BLACK ENTERPRISE reported that Black Lives Matter signs outside of several historic Black churches in Washington D.C. were burned and destroyed during a pro-Trump rally. When Tarrio appeared on a “WarBoys” podcast interview that month, he took responsibility and stated he was “the person that went ahead and put the lighter to it and engulfed it in flames. I’m damn proud I did,” he said.

The Associated Press reported that Rev. Dr. Ianther Mills, senior pastor of Asbury United Methodist Church, spoke at the hearing and told the judge it was an “act of intimidation and racism” that caused “immeasurable and possibly irreparable harm” on the community.

“His careless act of violence and hatred, targeted at a congregation of individuals with a lived history of social and racial injustice, had the presumably desired effect,” she said. “Asbury was forced to reckon with the very tangible evidence that we continue to live in a world where people radicalize hate based upon race and skin color.”