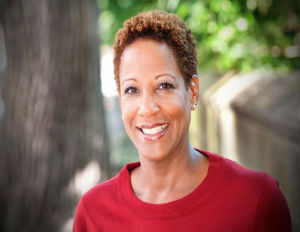 Dr. Janet Taylor is a professional when it comes to helping people heal. A community psychiatrist, her work in confronting mental health will be featured as a Â panelist during the discussion, “Enough is Enough! Moving from Pain to POWERâ€ at Black Enterprise’s 2015 Women of Power Summit. “We need to haveÂ  a conversation as a topic of the panels about pain,â€ says the University of Louisville Medical School graduate. “All of us get sad throughout or lives at some point. But usually sometime it can last a minute, sometimes hours, a day, or go away. If you have sadness or depression that lasts more than two weeks, feel helpless or hopeless, or like you want to kill yourself, or not sleeping or eating, you may have a major depression.â€

After the December 4, 2014 suicide of Miss Jessie’s co-founder Titi Branch, typical conversations simmer in silent quiet about the epidemic of mental illness in the black community. Holiday time often brings dark feelings that can bubble up to the forefront as work slows and life comes into focus. But when experiencing depression and pain among women of color, Taylor sees a difference. “We’ve been told we’re so strong, sometime it can be a blessing and a curse. Because when we feel tired, I’m talking tired emotionally, we have a hard time saying ‘no.’ And we also have this legacy that we can carry the burden and weight of the world on our shoulders. So I think that in terms of coping, Â I think black women will carry a heavier burden and are less inclined to ask for help and to say, ‘no,’ then white women. If you overload a glass plate or table, it can break. So can we,â€ says Dr. Taylor, a recipient of the 2008 Woman in Medicine Award from the National Medical Association’s Council of Women’s Concerns. “Men are less likely to talk about being depressed and more likely to complete a suicide. Women, even though we are treated at higher rates, it’s because we will talk about how we fell. And I think as black women, we have to willing to take off that cape and say, ‘I can’t do it all.’â€

RELATED: 3 Signs You May Need To Seek Counseling

But self-identifying depression can be a path of self-awareness that some women aren’t on, ready to face, or simply accept. “You need to pay attention to the inside. Because one of the traps that we fall into is as long as I can afford my house or make my mortgage payment, pay rent, dress a certain way, or have a certain job, then everything is ok. For black women who have good jobs, or seemingly have power and all these resources, the feeling that they ultimately have about depression are the same as someone from the inner city. I like to say, ‘You just may have on nicer shoes.’â€ she says. Â “But once you know that your life is not how you want it to be. Once you know you’re not as fulfilled or frankly unhappy and hate to wake up and face the day, it’s your responsibility to get help for it. So we have to stop feeling isolated. We need to go to professionals for help.â€

Naming a multitude of physical and health factors that can also contribute to depression including diabetes, thyroid disease, HIV, and hypertension, Taylor points out that even certain medications can cause depression. “When you’re feeling that you have no energy, helpless, or hopeless, sad, overwhelmed or you can’t sleep. Or you sleep too much, may under eat or overeat, or you’re just not happy, get a physical and make sure there’s nothing medical going on. And then if you’re clear that way, go and Â talked to therapists. It’s great to talk to your girlfriends. But they’re not therapists. That’s not a substitute for talking to a mental health professional,â€ says Taylor, who’s also appeared on CBS This Morning, NBC’s The Today Show, and ABC’s Good Morning America. “I’ve had therapy before. So I think it’s a healthy experience. Major depression is treatable. But Â despite what we know about major depression, we still miss up to 70% of people who may have major depression because they’re either untested or under treated.â€

Supportive family and friends can be key in helping someone who is depressed seek the help they need to save their lives. “If a friend or family member reveals to you they’re feeling sad, listen. Don’t try to say, ‘You’ll be ok.’ Don’t minimize it. If someone says they’re not happy, say ‘Maybe you should talk to somebody,’â€ says Taylor. “There are websites in terms of the Alliance of the Mentally Ill, for families who need to support someone. There’s the National Institute for Mental Health. And also in NYC and other cities there’s 1800 Lifenet. So encourage them to talk to someone. Support them. If you know someone is already on medication or already depressed, one of the worst things to say is, ‘Oh, you need to take your medicine.’ But a better way may be, ‘Have you been taking your medicine? Would you like me to go to the doctor with you? How can I help you? But you need to see someone.’ And certainly if someone says they feel like ending their life, don’t try to talk them out of it. Call 911. And let professionals assess their safety, assess their dangerousness and get them in a safe place.â€