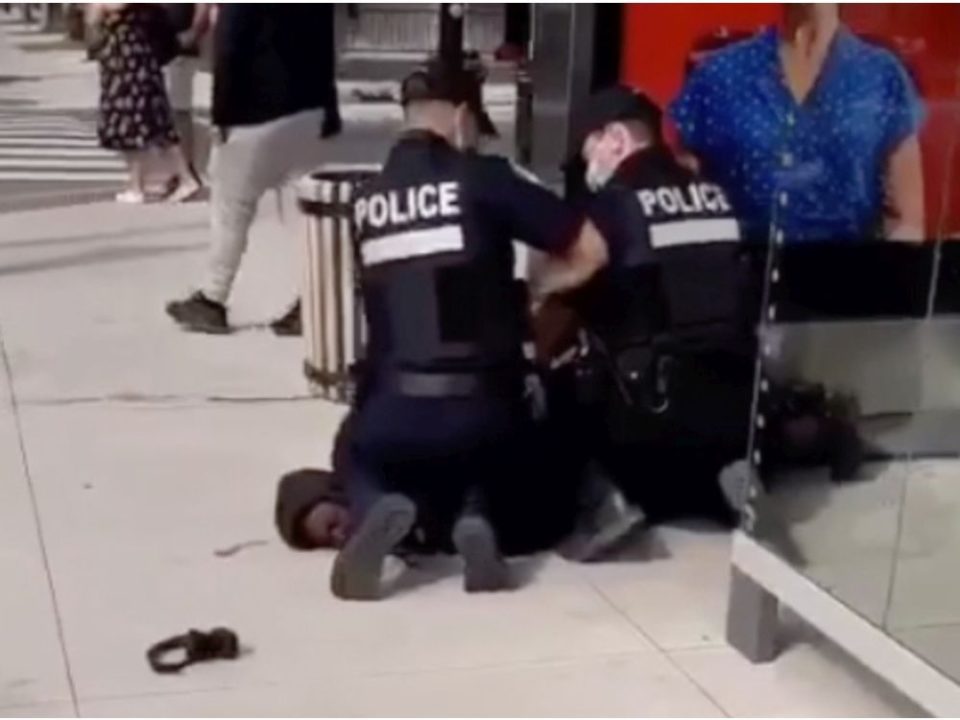 A 90-second clip of a Montreal police officer kneeling on a Black 14-year-old has sparked public outcry.

An eyewitness at the bus stop filmed the June 10 scene after police responded to a call about a fight at Georges-Vanier High School in Canada, Montreal CTV News reported. Police said the fight included 15 students from two different schools.

Two minors were arrested and charged with obstructing the work of a peace officer and carrying weapons. But video from after the fight showed a white officer pushing his left knee down onto the neck and face of a young Black teenager.

Video shows the teen getting arrested. Officers dig inside his bag and take out a taser. But with the arrest being reminiscent of the murder of George Floyd, many are demanding an investigation into the Montreal police, CBC CA reported.

“If the use of force is not justified, the administration will take the required actions,” SPVM spokesperson Insp. David Shane said.

Shane also said the angle of the video could be misleading and urged the public to take caution before reacting to the sensitive footage. He said the video only shows part of what happened and said the two teens who were arrested were refusing to identify themselves to police. The police confiscated a taser and bear repellent, according to the outlet.

The Montreal police released a statement saying, “although the neck control technique is not involved in this situation, it should be noted that it is part of the National Use of Force Model” that police are taught at Quebec’s policing school, the École nationale de police du Québec (ÉNPQ).

“Applied in a specific context and under specific circumstances, it allows for the control of a suspect with a greatly reduced risk of injury, compared to the use of some intermediate weapons,” the e-mail statement read.

Frantz Benjamin, Quebec Liberal Party (PLQ) member for Viau is part of a group of politicians demanding an investigation into the incident.

“An aggressive arrest of two young Black men not far from Rousselot Street in Montreal,” he said. “It is a question of transparency and security to allow us to have confidence in the police.”