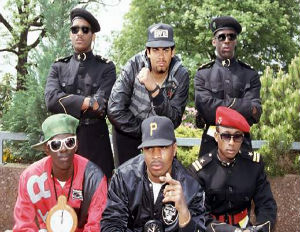 The Rock and Roll Hall of Fame clearly doesn’t have a “Fear of a Black Planet” because legendary rap group Public Enemy is among the inductees for the class of 2013.

Grounded in politically infused lyrics and a combat-ready entourage, Public Enemy took hip hop by storm in the 1980s and produced a slew of hits. Fan favorites include “Fight the Power” and “Don’t Believe the Hype.”

The stern delivery of front-man Chuck D was contrasted with the almost clown-like antics of his hypeman Flava Flav, who (randomly) went on to reality show success years later.

The late Donna Summer will also be inducted into the Rock and Roll Hall of Fame class of 2013.

Head to BET for more details about the awards and inductees.