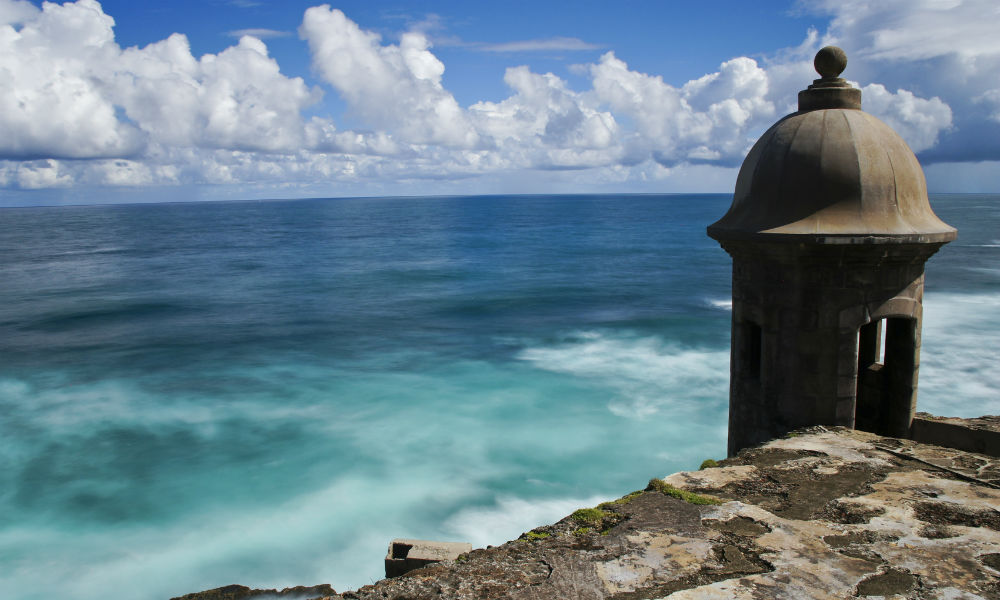 Puerto Rico has it all– beautiful beaches, beautiful people, and of course, a beautiful, though complicated, history.

Puerto Rico was discovered in 1493 by Christopher Columbus, who claimed the island on behalf of Spain. He found the island to be breathtakingÂ and noted the same in his diaries. In 1898, Spain ceded Puerto Rico to the U.S. following the Spanish-American War.

The result? An island that’s the best of both worlds. Perfect for both business and pleasure, Puerto Rico is a tropical gem that is easily accessible to Americans. The Spanish influence provides a rich culture, language, and history with all the modern conveniences many travelers desire, that make it the ideal destination for convention-goers and business travelers. Who wouldn’t want to work with the beautiful background of San Juan or Vieques as their backdrop?

And because meetings and conventions comprise approximately one-third of Puerto Rico’s tourism revenue, it’s no surprise as to the reason why. Puerto Rico has everything. In fact, despite Zika, business travel in Puerto Rico has continued to boom. Here are a few reasons you want to have your next meeting in Puerto Rico.

No passport? No problem. You only need a valid government-issued ID to travel to Puerto Rico from the U.S. And since you’re skipping the international flight, you’ll be saving both time and money. The island is less than a three-hour flight from most locations on the East Coast.

Discover the Caribbean’s biggest and most technologically-advanced convention facility when you visit the 152000-square-foot Puerto Rico Convention Center. The Exhibition Hall can seat up to 16,965 people and the 39,500-square-foot ballroom can accommodate up to 4,158 people. All in all, approximately 25,000 people can be accommodated within the center simultaneously and can handle conventions of organizations as large as 10,000 participants.

The Weather is Perfect

Monthly temperatures average between 70 degres—80 degrees; there’s never a bad time to visit. Like other tropical climates, there is a rainy season from April to November, but as long as there are no storms on the horizon, the most you’ll have to worry about is a daily shower sometime in the afternoon. Islanders know to expect the drizzle and simply wait it out, a small price to pay forÂ being able to completely escape the winter.

Nowhere else in the Caribbean comes close to the technological infrastructure of Puerto Rico. From cell phone service to internet speed, Puerto Rico has what you need to maintain a competitive edge. Major U.S. cellphone carriers have operations in Puerto Rico.

The Food is DELICIOUS

If you have never tasted mofongo, you are simply missing out. Made from plantains, this savory dish is typically topped with shrimp or chicken. For dessert, if you’re wandering around Old San Juan, make sure to try helado de parcha, passion fruit flavored ice cream. Refreshing and light, it is a favorite of locals. You’ll find the juice sold at almost any breakfast spot.

Other popular dishes includeÂ arroz con gandules (rice, pork, and pigeon peas);Â asopao (a gumbo of chicken and rice); and alcapurrias (stuffed fritters). You will definitely want to add each of the aforementioned to your “must-tryâ€ list.

An Abundance of History

Puerto Rico has a rich culture and history. Not to mention, it is Â home to many unique architectural and historical sites which gives a range of incredible venues for special events, theme parties, and unparalleled meetings. Puerto Rico boasts four castles, the most famous of which is El Morro in San Juan. Visitors walking the streets of the capital city will find themselves on cobblestone, surrounded by bright colors and European elements. At any moment you might find that a parranda breaks out, a party in the streets where musicians play live music and tourists follow their beats like they would the Pied Piper.