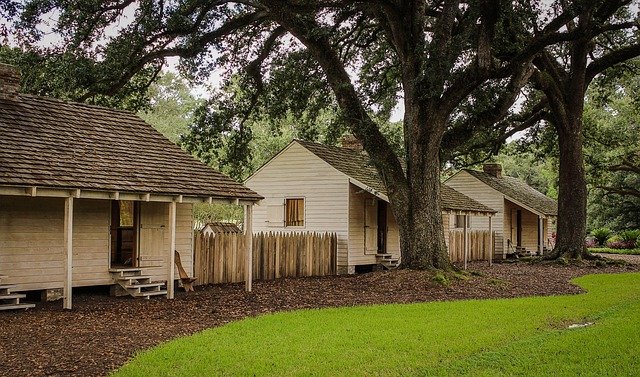 Although numerous enslaved Africans brought to the Americas were deprived of their language, culture and heritage during slavery, a Mississippi middle school thought assigning its eighth-grade students to “write a letter to your family back in Africa describing your life,” was a good idea.

According to The Daily Beast, eighth-graders at Purvis Middle School were told to “pretend like you are a slave working on a Mississippi plantation” and report the experience to their make-believe families in the Motherland.

It’s important to note that slaves weren’t permitted to read and write, and those caught doing so– were subjected to ruthless punishments.

When The Daily Beast attempted to question administrators at Purvis Middle School, the publication reported that administrators pointed them to the Lamar County School District. Officials there didn’t respond.

However, Purvis Middle School principal Frank Bunnell sent an apologetic email to parents for allowing “something like this happening” under his watch. He also claimed that the assignment was taken out of context.

“A person could read just the assignment and draw a very unrealistic view of the true tragedies that occurred. That was not intended,” he wrote. “However, intent does not excuse anything. There is no excuse to downplay a practice that (even after abolished) spurs unjust laws, unfair economic practices, inhumane treatment, and suppression of a people.”

Black Lives Matter Mississippi posted the deplorable assignment on Twitter which sparked outrage from those who saw it.

This is at purvis middle school. Someone needs to explain 😡 #Blacklivesmattermississippi pic.twitter.com/PZeGOB55ZR

yes, because american slavery really graced slaves with past times when they weren’t working. or, for that matter, provided them with letter writing supplies and allowed them to learn reading and writing. or gave them access to their ancestry/familial records.

They should have turned in a blank sheet of paper & told the teacher they would have been beaten, tortured or worse by “the family” they were “staying with” if it were ever to be discovered they knew how to read or write.

Somebody need to fire the Purvis whole school board for even letting that teacher assigned such a topic for them kids. #BLACKLIVESMATTER

“I don’t know how a logical person teaches this,” Jeremy Marquell Bridges, social media manager for Black Lives Matter Mississippi, told the Daily Beast. “Like someone who went to school to teach children could think this exercise was helpful in any way. It’s not helpful. It’s hurtful.”

Reginald Virgil, the president of Black Lives Matter Mississippi, told The Daily Beast, “work” is an incredible understatement for slavery.

“It’s just another way that Mississippi is trying to whitewash its history,” he said.

Bridges called the area where the school is situated “Klan territory.”