Put A Smile On Your Face, It May Lead to More Money 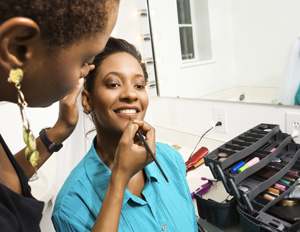 Having a positive outlook on life could increase earning potential, according to new research.

The Proceedings of the National Academy of Sciences has found that people who were happy and expressed positive feelings about their lives earn more than their dour counterparts by the time they’re 29. The research team found that the wage gap fell between $2,000 to $8,000 more than those with a negative aspect.

It doesn’t matter what cards a person is dealt, but how they choose to look at the cards that makes the most difference, according to their research. Seriously unhappy teenagers’ future incomes were 30 percent below average, while the supremely happy teens future incomes were 10 percent above average.

This research is useful because it is another voice in the chorus of reinforcement for positive attitudes in children. The positive children were more apt to pursue and earn college degrees, get hired and promoted at faster rates, be more optimistic, more extroverted and less neurotic, according to a report in the Los Angeles Times.

Those who view life negatively create self-fulfilling prophecies for themselves say some experts.

“Early happiness probably changes so many things about your life that even if later in life you’re not as happy as you were, those formative experiences continue to play themselves out,” said Michael Norton, a behavioral scientist at Harvard Business School and theÂ coauthor of the book “Happy Money: The Science of Smarter Spending” in the L.A. Times report.

Wisdom dictates that sometimes in life – to transition to another station in life – one must fake it until he or she makes it; but the real power of happiness has to reside in the individual, and not what others percieve.

Head to the Los Angeles Times for more on the study.