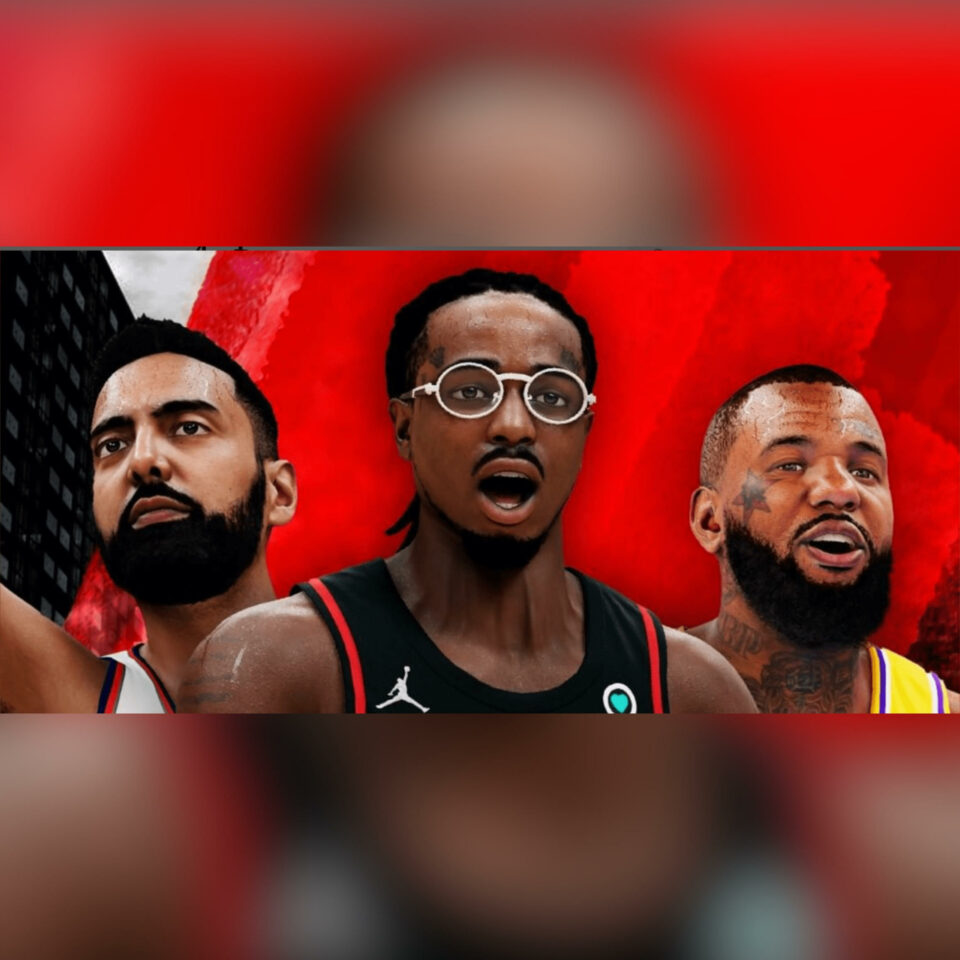 Rappers Quavo and the Game are ballin’ in another way.

On Wednesday, both rappers released statements about their playable characters showcased on NBA 2K.

In true Migos fashion, the Huncho avatar is seen hooping in his signature Cartier frames and a No. 91 Atlanta Hawks jersey. To access one-third of the Migos character, you must unlock the correct MyTEAM player card. A favorite at the annual NBA Celebrity All-Star Game, it’s no surprise Quavo is making moves in the basketball world. He’s even declared himself the best rapper/hooper in the game.

“I Am Officially A Playable Character In @nba2k The First Left-Handed Sniper Play As The Huncho Now!!” Quavo captioned the Instagram post of the game preview. “Let’s get It @ronnie2k why are u one point away from being rated the same as me! Who Rated Me??”

Additionally, YouTuber Ronnie “Ronnie2K” Singh is another A-list MyTEAM character you can unlock in the game.

The Game took to Twitter to share with his fans: “Yooooo…. So check this. I’m the first celebrity along with @quavohuncho & @ronnie2k to be playable by fans. Put me on your squad along with the greatest players in NBA history in @NBA2K by completing spotlight challenges and earning my card. Whatcha all think of that 89 rating ?”

After taking the lead on four NBA Celebrity All-Star Games, Quavo is getting ready for this year’s face-off, where he’ll be expected to make buckets alongside Machine Gun Kelly, Jack Harlow, Anuel AA, Kane Brown, and Jimmie Allen. In the 2021 showdown, he smoothly put his money where his mouth was, walking off with $20,000 of fellow rapper YK Osiris’ cash.

The all-celebrity exhibition game is tomorrow night at the Wolstein Center in Cleveland.

“Start ballin’ as me today, the Huncho,” the Migo ends the 17-second preview clip.