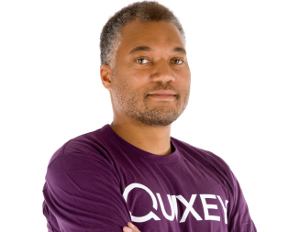 Mobile app discovery company Quixey announced on Tuesday that it has hired former Google and Spotify executive Richard Gregory as executive VP of revenue. Gregory, who most recently was VP of revenue at Spotify, also previously worked at Google.

Known for growing businesses internationally, Gregory has been responsible for overÂ one billion dollarsÂ in revenue over the course of his career. Most recently, Gregory was VP of Revenue at Spotify, where he helped establish the company inÂ the United StatesÂ while overseeing launch partnerships like GM, P&G, and Coke, as well as global accounts and vertical strategy. At Google, Richard served in many international roles, creating new markets around Google AdWords.

“As the number of apps continues to increase around the globe, there is a growing need to democratize the app search space,” said Gregory. “Quixey is building the next great search company and I look forward to championing what has become a key solution to fixing app discovery.”

“Richard brings unique global expertise and experience to this role as Quixey continues to develop new partnerships and strengthen our focus on new markets around the world,” saidÂ Tomer Kagan, CEO and Co-founder of Quixey. “He joins us at a time of rapid growth, as Quixey now powers over 100 million queries per month.”

With the addition of Gregory, Quixey will be placing an emphasis on monetization and revenue as it unveils more partnerships this year.