Racism and Hatred Have No Place on Our Nation's School Boards 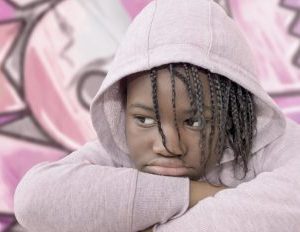 “Mr. Paladino is an elected official charged with the responsibility to represent children and families in a district comprised of over 70% Black, Brown, Asian, Immigrant and other minority students and families; And, Mr. Paladino took an oath to ensure that students are afforded an environment which is free from fear and respects diversity within the school district and the community and is subject to all district policies […] These unambiguously racist, morally repugnant, flagrantly disrespectful, inflammatory and inexcusable comments by Mr. Paladino have garnered both local, national, and international attention that reflects negatively on the Buffalo Board of Education, the City of Buffalo and its leadership and its citizens, the State of New York, and every decent human being in America and abroad who has been shocked and offended by his words.â€

The national wave of racist, vicious invective unleashed by the 2016 Presidential campaign is well-documented. Hundreds of hate crimes have been reported to watchdog groups like the Southern Poverty Law Center. Social media is awash in cell phone videos of racially motivated confrontations, winvoking the name of the President-elect.

But, the recent hateful tirade of failed New York gubernatorial candidate Carl Paladino stands out among the others. Warning: His words are difficult to read.

When the Buffalo, NY, weekly newspaper Artvoice asked locals their hopes for 2017, many gave positive, community-minded answers: “A return to shopping in communities and brick-and-mortar stores,â€ “the Bills get in the playoffs,â€ or “more kindness.â€ Â Carl Paladino, however, claimed that he hoped President “Obama catches mad cow disease after being caught having relations with a Hereford. He dies before his trial and is buried in a cow pasture next to Valerie Jarrett, who died weeks prior, after being convicted of sedition and treason, when a Jihadi cell mate mistook her for being a nice person and decapitated her.â€

What do Buffalonians want to see go away in 2017? “Hate.â€ “Discrimination.â€ “Preconceived stereotypes.â€ Â Carl Palidino wants to see Michelle Obama “return to being a male and let loose in the outback of Zimbabwe where she lives comfortably in a cave with Maxie, the gorilla.â€

In response to the horrified national outcry over his reprehensible remarks, Paladino first rebuffed inquiring journalists with an obscenity, then penned a defiant non-apology, defending his words as “deprecating humor.â€

Paladino is certainly no stranger to this brand of so-called “humor.â€ During his failed 2010 gubernatorial run, a local news site exposed racist and pornographic e-mails Paladino had shared with associates. While he lost the election in a landslide, garnering only a third of the vote, he managed to be elected to the Buffalo School Board in 2013.

The Buffalo School Board is to be commended for its swift rejection of Paladino’s hateful statements, and its recognition that a man who holds such views cannot be entrusted with the education of children. If Paladino does not heed the demands of the Board and resign, we expect NYS Education Commissioner MaryEllen Elia to pursue his removal.

The President and CEO of our affiliate in Buffalo, NY, Brenda W. McDuffie, has been outspoken on this issue, and we urge the entire Urban League community to unite in opposition to Paladino’s hatefulness by signing the petition urging his removal.

In fairness, when Artvoice asked Investigative Post Editor Jim Heaney what he would like to see go away in 2017, Heaney responded, “Carl Paladino.â€

This article was written by Marc Morial, president and CEO of the National Urban League.