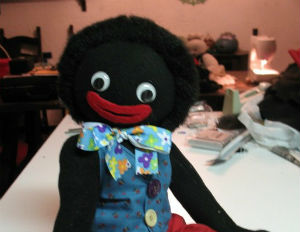 The popular craft site Etsy, where users can sell their homemade wares directly to buyers, has come under fire for allowing some sellers to hock merchandise with racially charged imagery:

A woman named Raquel Mack has translated her personal outrage against Etsy’s decision to sell Mammies, Sambos,Â and more into action. Having started aÂ Change.org petition demanding the Etsy halt the sale of such items, she points out in the wording that these sales violates the company’s anti-discrimination policy – and that the NAACP has already confronted the company over the issue.