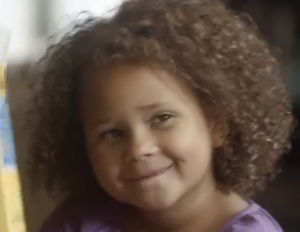 How long have interracial couples been producing offspring? Long enough that anyone upset by Cheerios’ new commercial — which features an adorable “mixed” girl and her parents — to be considered out of touch or down right racist.

BuzzFeed reports that Cheerios had to scrub and disable comments on the 30-second commercial posted to its YouTube channel. Let’s just say the internet racists came out of the woodwork!

“Throughout all of human history, race-mixing and multiracial/multicultural societies have never, not even once, occurred ‘naturally,'” one commenter wrote. “It has always been theï»¿ result of conquest, group A being forced by group B. The systematic decline of western economies has lead to lower white birth rates. Massive non-white immigration leads to loss of land, resources and opportunities for whites. Encouraging whites to race-mix leads to loss of white genetics. It’s not about one Cheerios commercial.â€

The ad, which debuted on Tuesday, had nearly 5,000 likes and over 700 dislikes on Friday.