When Jessica C. Isaacs began her international work with the financial services company AIG 16 years ago, there weren’t a lot of firms with offices overseas. AIG was beginning to expand its footprint into consumer business and personal lines and, like other companies, it was developing international markets by dispatching employees to research, set up, and run the satellite offices. Today, AIG, like many global companies, is using local talent to run these sites. Isaacs, who is currently Senior Vice President of Field Operations and Global Reinsurance of Chartis International personal lines, has helped grow that business to more than 63 countries. AIG, which had lost about $100 billion in the financial meltdown of 2008 and gained the ire of taxpayers when it received a $182.3 billion bailout, is bouncing back. The U.S. Treasury plans to sell a significant piece of its stake in the company as the leadership team continues to restructure and focus on holdings such as its core business Chartis which remained profitable during the crisis. “Basically we’re now in all regions. There’s a huge explosion of consumer buying power globally,â€ she explains, “and with that we have developed products and processes and services in all of these different areas, which required us to build teams.â€ Isaacs talks with be about what she’s learned in an effort to cultivate those teams that are most productive.

How has hiring international talent changed?
Every time we’ve opened [in] a new country, instead of shipping expats in we’ve seen a transition away from that and we’ve started to hire more local talent. And what I find personally is that my best performing teams are teams where I have lots of local talent sprinkled with some expat or foreign talent. Other people may tell you, “I like all-local teams,â€ but what I have found is that having that balance really optimizes everyone’s skill set and opens new opportunities.

You believe the foundation should be formed by local talent.
Right. You have one or two on the team who are not local. They don’t necessarily have to be American–just from a different country. They tend to bring a different flavor, new ideas, fresh ideas, or strategy coupled with the local talent’s contacts and the understandings of how to get things done in that country. Foreign workers will challenge the status quo, if you will, and that’s always helpful in driving a business to a different level.

How do employees who are foreign to a region challenge the status quo?
We already have a business set up in Argentina and they’ve been writing certain types of policies and they’ve been distributing those policies through a certain distribution channel, and we actually sent in a person who was not from Argentina who came up with an idea for a product and also introduced a whole new way to distribute the product that the local had team had said, “Oh, that’ll never work here.â€ That’s just one example, but that happens all over the place with local teams–even in the United States: “Well, we’ve always done it this way. This won’t work here. We tried that back in 1950, or whatever, and it didn’t work then.â€ You really do have to be sensitive to the time and the market.

Micromanaging is never a good management style, but how do you begin to trust a team that is so far away?
Selection of talent, the training, and development of global teams are all very important because you can’t always be there and you can’t really micromanage if you’re sitting in New York. So there’s this tremendous amount of travel that I do. We are also very clear about operating guidelines: what they can and cannot do. We do updates weekly, like weekly conference calls. And then there are very in-depth audits that are done once a year to make sure the business is running the way that we think it is and according to the best practices or the standards that are set by the company. If I didn’t have the teams that I have in place, I would travel a lot more.

How does the political landscape affect your hiring decisions?
Labor laws and the political landscape would be part of the initial due diligence before you decide to go into a country. And, quite frankly, there are things that we monitor on an ongoing basis because it could change how we have been doing business. Recently I had a situation where the regulation changed in a particular country and we had to discontinue something–a business practice we had been doing for 40 years, but the regulation changed. So aside from doing it on the front end, you constantly have to be aware of how things change so that you can be in compliance with local regulations and laws.

What does diversity now look like in providing employment opportunities?
What I am seeing is that the whole conversation is definitely much more global. And even in certain countries, for example, if I’m in Dubai, having a diverse team may mean that you have somebody who is from Latin America. It does take on a whole different meaning when you talk about it from an international viewpoint versus a domestic one. 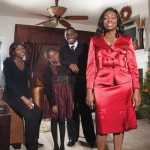