Ralph Godbee Suspended Over Twitter Mistress With Gun In Mouth 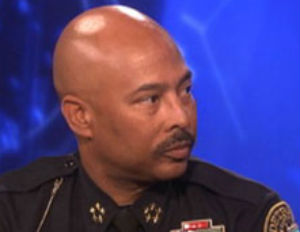 Detroit Mayor Dave Bing suspended the city’s police chief Tuesday amid allegations of a sexual relationship with another officer. This is the second time in two years that a Detroit police chief has been embroiled in a sex scandal,Â CBS Detroit reports.

“After learning of the allegations regarding Chief Ralph Godbee, I have placed him on a 30-day suspension pending a full and thorough investigation of this matter,” Bing said in a released statement.

Godbee, 44, was allegedly involved in an affair with 37-year-old Angelica Robinson, an internal affairs officer for the Detroit Police Department. Her attorney stated that his client was trying to cut off the relationship and that Godbee “didn’t like that.”