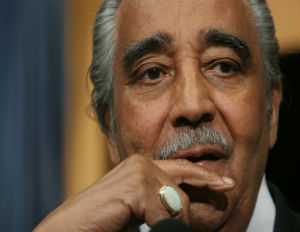 “It’sembarrassing as hell,â€ RangelÂ said. “We’ve been through all of this with Mitt Romney. And we were very hard on Mitt Romney with his women binder and a variety of things.â€

The New York Times recently raised the question of diversity in the President’s inner circle, running a photo of senior advisers in the Oval Office, all of them men. Though the president has appointed women and minorities to lower level advisory positions in the White House, the cabinet positions are now skewing all white male.

“I kinda think there’s no excuse when it’s the second term,” Rangel said. “If it’s the first term, you can say people have to know who is around and qualified in order to get this job, … I had thought that it could be the Harvard problem where people just know each other, trust each other and women and minorities don’t get a chance to rub elbows and their reputations and experience is not known…So people often don’t know the talent that women and minorities have.”