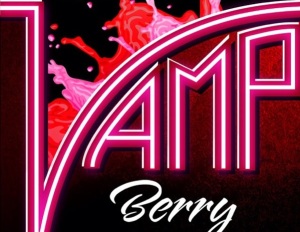 Rapper and reality TV star, Jim Jones, is venturing into the beverage business with the launch of Vamp Berry. He is doing this with Top Pop Soda. The flavor, Vamp Berry, will debut in New York on October 31st and will continue to introduce a new flavor every month.

“Soda is ageless,” said Jim Jones, “Everyone thought I was crazy when I started a reality show. Now everyone wants one, “..Now watch.”

Distribution will start off in Jim Jones’ home state of New York and then will be available in various states including New Jersey, Florida, Virginia, Georgia, Texas, California, Ohio, and Illinois. The drink is being distributed by Oak Beverage, which is the largest craft beer distributor in the northeast. They are homes to brands like Guinness, Dog Fish, Colt 45 and more and has been operating for over 114 years.

Jim Jones is also the co owner of Vampire Life apparel and he is currently the star of Vh1’s Chrissy & Mr. Jones, a spinoff from the first installment of Love & Hip Hop.