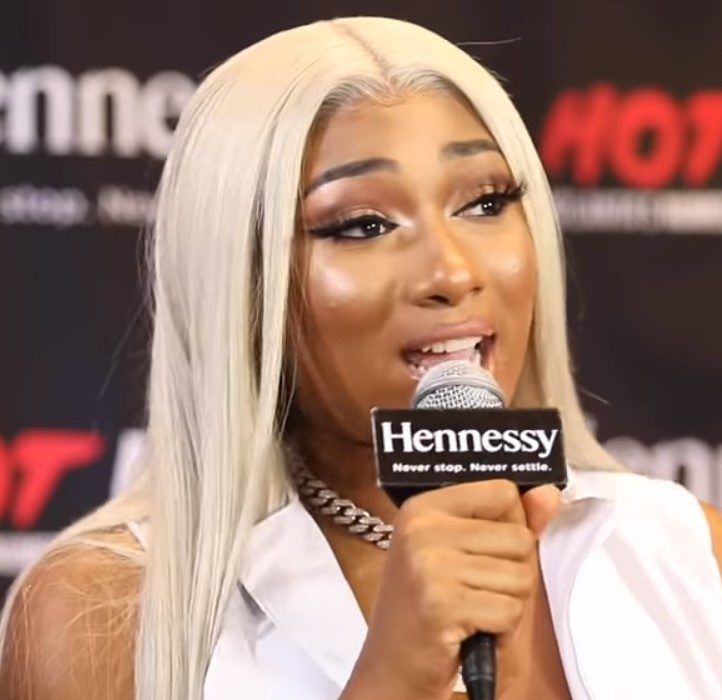 Megan Thee Stallion accelerated into hip-hop stardom early last year with her explosive single “Big Ole Freak.” Born Megan Jovon Ruth Pete, the Houston-native further solidified her status as the newest “it” girl in hip-hop after leading the “hot girl summer” movement in 2019 and collaborating with veteran rap stars like Gucci Mane and Nicki Minaj. However, outside of her lyrical talents, the Houston hot girl is hitting the books in pursuit of a bachelor’s degree at Texas Southern University (TSU).

Megan, who recently released her latest project Suga, opened up about her motivation to stay in school despite her supersonic rise to fame in an exclusive interview with People. The 26-year-old student initially enrolled at Prairie View A&M University in 2013 before taking time off. Now she’s taking online courses part-time at TSU to honor her late mom’s legacy. She aims to earn a bachelor’s degree in health administration by next year.

“I want to get my degree because I really want my mom to be proud,” says the entertainer about her mom, Holly Thomas, who died in March 2019 after battling brain cancer. “She saw me going to school before she passed.”

The rapper, whose father died when she was 15 years old, also lost her grandmother shortly after her mother died.

“I want my big mama to be proud. She saw me going to school before she passed,” says Megan. “My grandmother that’s still alive used to be a teacher, so she’s on my butt about finishing school. I’m doing it for me, but I’m also doing it for the women in my family who made me who I am today.”

She went on to say that her mother and grandmother’s work ethic and persistence have inspired her to pursue all of her dreams. “I literally watched my mom and my grandmother get up and go to work every single day. My big mama owned three houses in South Park [Houston]. She was going hard, working to provide for our family, so I’ve always seen her drive,” said the “Savage” rapper.

“I’ve always seen everybody in my life be independent,” she recalls. “My daddy passed away when I was 15, so my mama was still going hard taking care of us. If we were going through money problems, my mother and my two [maternal] grandmothers always made sure I didn’t know. We could’ve been struggling, but they made it work. I’ve always seen strong women making it work, so I’ve always wanted to have that same drive the women in my family have. I know I get a lot of my strength from my mother and both of my grandmothers,” she said.

“I really wanted to be an administrator over a hospital, but I knew I still wanted to be Megan Thee Stallion. I was like, ‘What can I do?’” says the star. “I was like, ‘You know what, I’m gonna open an assisted-living facility and use the money that I make from rapping to open it. Then I’m gonna let my classmates run it.”