Rapper Scarface Gets Kidney from His Son, Warns Fans of Dangers of COVID-19 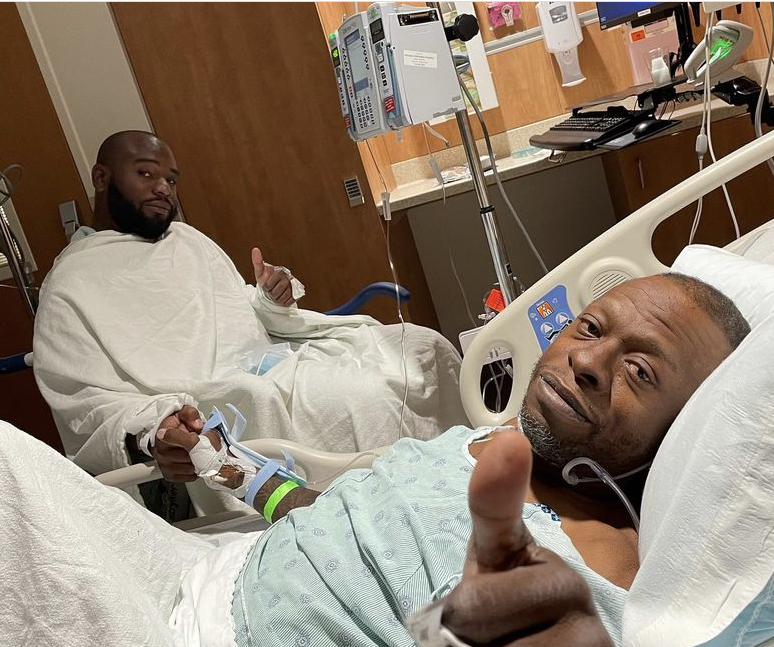 Rapper Scarface is thanking his son for his sacrificial gift.

Scarface, born, Brad Jordan, shared that he had COVID-19 but did not experience mild symptoms. The Geto Boys rapper instead suffered from pneumonia and kidney failure and ended up having to undergo dialysis treatments. Most important, he would need a new kidney.

Scarface tried finding a kidney donor but found one in his own family. His son, Chris, was a match and offered to give his kidney to his father.

The news was shared by Rap-A-Lot Records founder J Prince.

He posted a photo of the rapper recovering in the hospital, holding his son’s hand.

“Congrats to my brother @brothermob & his son @_iamchrisjordan for giving his father one of his kidneys,” Prince wrote. “I celebrate with the both of you for being an example of unending love. Chris, a lot of people talk about how much they love your dad, but you have separated yourself from the talkers by your actions. We all salute the both of you and wish you both a speedy recovery ❤️‍”

.The day before the surgery, Chris shared a message on Instagram.

“The ultimate measure of a man is not where he stands in moments of comfort and convenience, but where he stands at times of challenge and controversy!!” he said. “Tomorrow We having surgery!!!!”

Following the successful surgery, he said  they’re both doing well. He also updated his profile to read that he’s a #LivingDonor.

During an interview with fellow Geto Boys member Willie D last year, Scarface said his battle with COVID-19 was so bad it was at “the point where I just felt like I was just gonna die.”

“I haven’t been nowhere. I’ve been in my house. I ain’t been on no planes, I ain’t been in no restaurants…People out there thinking this sh-t is a game? You don’t want to play with this.”

Scarface, who made a run for Houston City Council last fall, mentioned that he’d like to do a Geto Boys podcast and a grand finale tour.