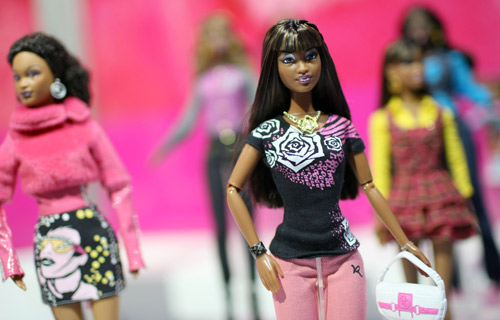 One mother found out that there can be truth in old sayings like, “One man’s trash is another man’s treasure.” The purchase of a home in Texas came with more than just a change of scenery. Fox26 in Houston reported that Sara Ahmed thought she had 300 boxes of junk on her hands, after moving her family into a new home. After remodeling and cleaning out the unique home: boxes of tax records, love letters from the ’60s, and receipts turned up. Then, she discovered nearly 200 rare and vintage Black dolls, mostly consisting of limited-edition Barbie dolls. They had costumes and jewels, unlike Barbies that could typically be purchased in toy stores.

Fox26 also reported that Ahmed decided to do some research. That is when she discovered that her new home was once the Black Like Me Doll Museum. Phyllis Hunter, the founder, died in 2018.

In 2011, ABC 13 reported that Hunter’s museum represented African American leaders in government, sports, entertainment, and all walks of life. The dolls were reportedly used to teach children about history, during group tours. Hunter was reportedly inspired to collect the dolls because she was inspired by a famous study in which more young girls picked a white doll over a black one. Hunter wanted to be a catalyst to change the image issue.

Fox26 also stated that according to an online article, the museum once housed 6,000 dolls, including one of the rarest Barbies in the world. It was a 100th-anniversary edition of a green-and-pink dressed Alpha Kappa Alpha sorority doll. But, there were plenty more interesting dolls waiting to be discovered.

“This is the first one I found,” Ahmed said in the news interview with Fox26 while showing off a Bob Mackie-designed Barbie dressed in a red velvet gown. “That little nine-year-old in me immediately woke up, and I was like ‘I’ve never seen anything like this, it’s like the most stunning thing I’ve ever seen.”

Fox26 also explained that Ahmed is hoping to donate them in a meaningful way, so she posted her doll discovery on Instagram. Kendra Scott spoke up and suggested teaming up to support Birthday Bash Box. The nonprofit reportedly provides personalized birthday party boxes to Houston-area children from low-income families. Ironically, the organization’s top requested item happened to be Black Barbie dolls.

Ahmed decided to select approximately 50 dolls for donation to kids, according to Fox26. Ahmed reportedly hopes to find a museum for the rest of the dolls. The homeowner wants them to be preserved and shared with the world. The progress of Ahmed’s interesting journey can be found on Instagram.