Blame It On the Alcohol: Ray J Spills His Own Tea About His Meme-Worthy Verzuz Performance 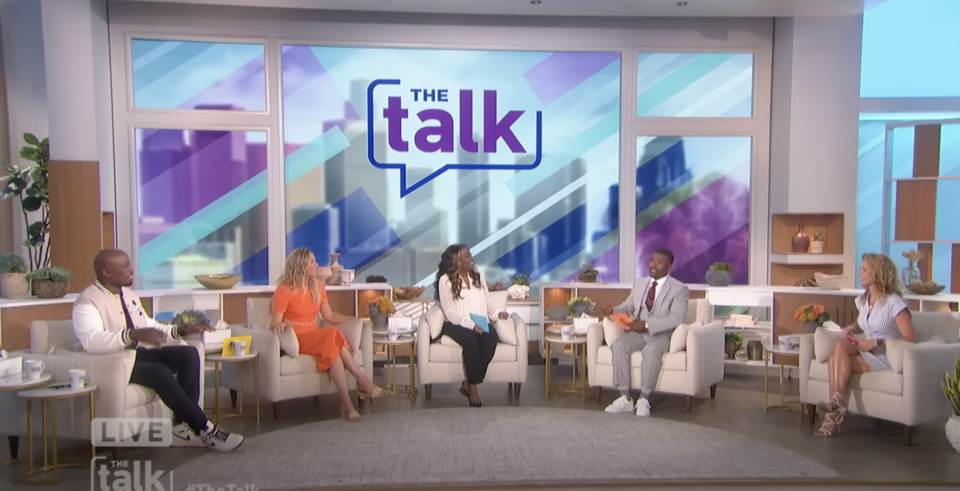 Ray J appears on The Talk to address his Verzuz performance. (Screenshot) Image Source: YouTube
Ray J, real name William Ray Norwood Jr., is on a “Ray-demption” mea culpa tour and addressed his off-key pitchy June 23 Verzuz performance on The Talk, according to CBS.
The guests asked the “One Wish” singer about his sister Brandy‘s criticism of his shaky vocals.
“You know, I had my baby in my arms…and I was just having too much fun and tequila…and my sister had a whole plan for me that night. I was supposed to drink tea and I was only supposed to stay in one place for the whole performance,” says Ray J., who kept deleting her public rebuke from his social media page.

Brandy dubbed the Vocal Bible let her thoughts be known despite Ray J constant deletions of her post. The “Say Something” singer  chastised her younger brother for not heeding to her professional guidance, she wrote, “Since we deleting comments, I will comment again! Bro, Pops told me that you didn’t drink none of the tea I made for you,” Buzzfeed reports.
She continued: “He also told me that you were talking all day when I specifically said NO TALKING and only drink water and the special tea I made for you at 4 in the freaking morning. Caught!”

Ray J accepted responsibility for his poor vocal display even though he attempted to block his sister’s comments but he did acknowledge that he immediately apologized to Brandy while in mid-performance.

“I tried to delete that…I love my sister because it’s so important to make sure you perfect your craft as much as you can and give the world a good show. I mean, I entertained though, but as far as the vocals, I have a lot of redeeming to do.” Ray explained. “She’s hard on me on this, so it’s not redemption, it’s Ray-demption. I apologized to my sister right on the spot…right after I hit the note I apologized.”

Ray J understands he is the butt of jokes especially online but wants to show his fans that he can croon with the best of them. Recently, he announced that he is forming a group with the other Verzuz performers, Sammie, Bobby V, and Pleasure P called RSVP, but it remains to be seen if fans respond to the call.