Ray Rice Appeals His Suspension by the NFL 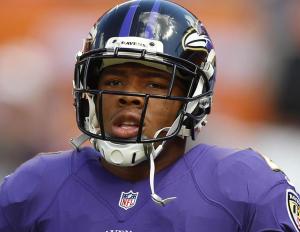 According to ABC News, suspended football player, Ray Rice, plans on appealing his indefinite suspension the NFL has imposed. Rice was suspended indefinitely for striking his then fiancee, Janay Palmer, in the face in an Atlantic City casino elevator in February.

Rice was initially only suspended for 2 games for his role in the assault but was given the light sentence based on a video that showed him dragging Palmer out of the elevator. The indefinite suspension came after another video emerged recently, that shows the actual ‘fight’ that took place in the elevator where the severity of the blow was seen.

He must officially file the appeal by 11:59 p.m. ET on Tuesday, three business days after the NFL officially notified the players’ union of the suspension.