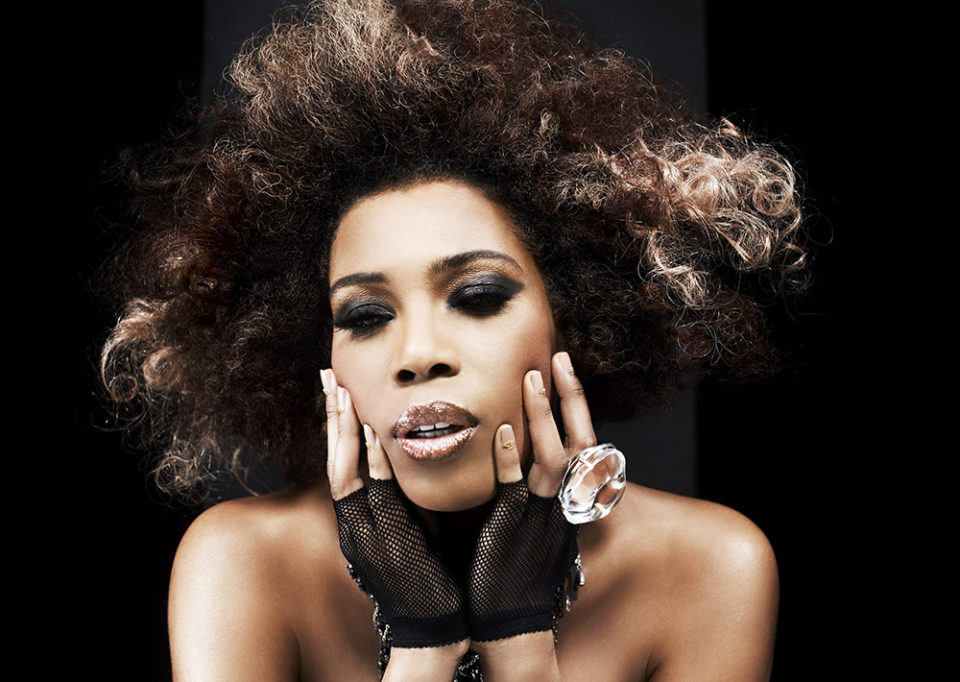 Iconic R&B/soul singer-songwriter, Macy Gray has seen everything in the music industry during her acclaimed career. Among the most raw and recognizable voices in the industry, Gray’s style was hear far and wide on her debut album, On How Life, which went triple-platinum. So far, she has sold 25 million albums worldwide. The Grammy award-winning artist has appeared on television and acted alongside Denzel Washington in Training Day. Her sound–adult contemporary, mixed with hints of rock and roll, and high notes of soul–is unmatched.

Now, Gray has a new single, “Thinking of You” and an accompanying music video. “

“Thinking of You” is a song of resilience and is heavily inspired by the nation has learned from the pandemic over the past 12 months. The song encompasses Gray’s revelations about the power of human connection and self-love, and it celebrates the sheer spirit, courage, and determination we as a country have demonstrated in the fight to overcome the virus.

Striving to help America heal through the power of music, Gray’s uplifting lyrics to “Thinking of You,” combined with her iconic and vivacious voice, evoke a sense of hope and perseverance. It is an ode to the beauty and joy of humanity and reinforces how much we have to be grateful for. This highly anticipated release also serves as the debut of Gray’s new ensemble, Macy Gray and the California Jet Club, a collective composed of Gray, bassist Alex Hyhn, drummer Tamir Barzilay, and keyboardist Milly Wes.

BLACK ENTERPRISE recently talked with Macy Gray about “Thinking of You,” her love for music, and her advice for women of color pursuing a career in music.

What was the inspiration behind “Thinking of You”?

It was written last August and was the first song we fully wrote and finished. It’s a mood that I was in and feeling at the time around the height of the pandemic when so much was going on.

How has the recording process changed amid social distancing?

A studio is usually a place where you can just totally let loose and be free without any restrictions. When COVID restrictions began to loosen, and we were able to get back in the studio, it was different. Only a certain number of people were able to be in a session, and we couldn’t vibe out in the same manner as we used to. We couldn’t be close to each other which was different.

Do you find it more difficult today to maintain an authentic connection with fans?

Social media has made things much more accessible than it was before. People can see the artist behind the scenes in their everyday life which is cool. The ability to see more of the personal side of the artist has been an added experience for fans.

I don’t appreciate how social media has devalued music and art due to the over-saturation in the market. The value has been deflated which has hurt a lot of artists. With that being said, we have had the time to adjust to the new norm within the industry.

What have you learned about yourself over the last 20-plus years?

I’ve learned that I genuinely love what I do. I’m not chasing a dream or doing this because I’m good at it. I genuinely care about my work and truly love it.

What advice do you have for young women of color with a dream of making it in the music industry?

1. Put yourself in rooms with the best songwriters you can find. You can have the most incredible voice and be the sexiest girl alive, but if you don’t have a great song, it will be difficult.

2. Don’t succumb to the idea that it’s hard for a woman and it’s harder for a Black woman. People will tell you that it will get in the way and you may let it get in your way but do everything not to. The one thing about music is that if you have a great song; nobody cares if you’re a woman or if you’re a Black woman. They care about the song and how it makes them feel.

3. Keep pushing forward. A lot of people miss out on things because they stop or don’t wait. It may seem like you got everything right and you should be further ahead, but sometimes you just have to wait. Be patient with your gifts.