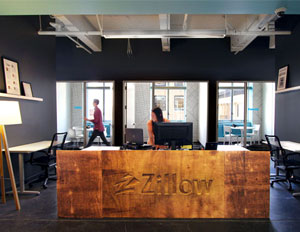 A sexual harassment suit has been filed against Zillow, a real-estate startup, due to the harassment of Rachel Kremer by managers and executives.

According to the lawsuit, Kremer, an Inside Sales Consultant, was harassed by managers through explicit and lewd text messages, and unwanted sexually explicit images.

Zillow, founded by former Microsoft employees, is a real estate database and marketplace for home buyers, renters, and landlords.

“Ms. Kremer’s experience was not limited to one supervisor, but instead, was pervasive throughout Zillow’s leadership,” the lawsuit reads. “Privately, Zillow executives bragged that the office culture led to more sexual encounters than Match.com and referred to the internal office directory as ‘Zinder,’ named after the dating application Tinder.”

Kremer was eventually terminated and asked to sign a confidentiality agreement.