Reasons Why You Marry a Fellow Entrepreneur 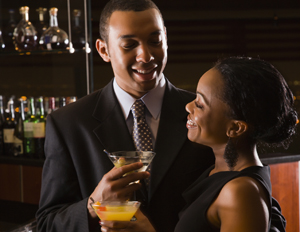 I run an advertising agency calledÂ Rocket XL and my wife, Ro Cysne, is the co-founder of Jil Ro clothing. Like any relationship, it’s not always a bed of roses. Our busy startup lives caused us to change the date of our wedding four times, and forget whose turn it was to pick up our son at preschool seven times (and counting).

But there are some big advantages to marrying one of your own, if you’re daring enough to take the leap. Namely:

Anson Sowby is a digital brand marketer with a proven track record of launching successful products and companies for over 14 years. He’s led global teams within the Brand and Agency functions of numerous Fortune 500 companies marketing their products in traditional and social media including Toyota/Lexus, Samsung, HBO, Activision, Sony, Old Spice, Dove, PepsiCo, The NHL, NASCAR, and The United Nations.