Study: Cervical Cancer Is Harder to Clear In Black Women 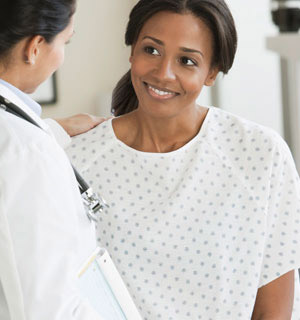 We’re no more than two days into National Minority Health Month and already a grim report has surfaced.

New research presented Sunday shows that black women are at a higher risk of contracting and dying from cervical cancer than white women. In addition, the study revealed black women have a much harder time getting rid of HPV than their white counterparts, according to researchers at the University of South Carolina in Columbia. All 326 white and 113 black students were given Pap tests and HPV exams every six months throughout their years in school.

Until now, many doctors thought less access to screenings and follow-up health care were the reasons why there was such a racial disparity in surviving the disease. However, the study involving young college-age women suggests that the reason might be biological.

If additional research supporting this finding is revealed, it would make the HPV vaccine even more important for black women, said prevention specialist at the National Cancer Institute Worta McCaskill-Stevens. The vaccine is recommended for all girls starting at age 11.

The study was presented at an American Association for Cancer Research conference in Chicago.