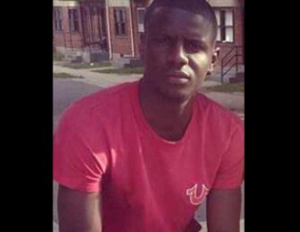 According to reports, Baltimore state’s attorney Marilyn J. Mosby announced today that a grand jury has indicted the six police officers charged in the case of the death of Freddie Gray. He died April 19 after injuries sustained while in police custody.

Mosby also said the grand jury’s charges reflect those initially brought by her office, and the most serious charge is still against the van driver, Officer Caesar R. Goodson Jr., who faces second-degree depraved-heart murder.

New charges in the case include reckless endangerment. Charges of false imprisonment were removed.

Gray, 25, suffered a spinal cord injury and died after being arrested by police and put in the back of their van for transport to a precinct. His death sparked outrage, protests, violence and subsequent calls for justice and investigation.

Check out reactions via social below:

My heart is so heavy #ripfreddiegray

Will the trial of the 6 Baltimore Police officers who killed #FreddieGray be televised? I hope so.

More steps towards justice in #Baltimore w/ indictments for 6 officers in death of #FreddieGray. Never underestimate power of the people.

It's fascinating to see the difference in media coverage of the grand jury process re: #FreddieGray vs #MikeBrown.

My heart still goes out to #FreddieGray's family during this difficult time.