Reports: Read In Detail How Michael Brown Lost His Life 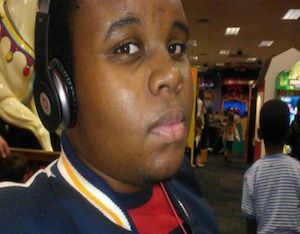 With a new poll in St. Louis County spotlighting the deep racial divide over the Michael Brown case, 100 Life Goals’ Shaun King posted a prevailing theory that is sure to send shockwaves throughout the human community.

An independent survey of 604 county residents conducted by Titus Bond and the Remington Research Group discovered that the races see the case through different lenses. Tracking attitudes toward the shooting, whether or not Officer Darren Wilson should be arrested, whether the shooting was justified, the handling of the aftermath by the governor and the news media, and who is responsible for rioting and looting were the subjected polled.

Found at Shaun King’s Twitter page, the theory, which was based on eyewitness accounts, audio of the fired shots, and the released autopsy reports, has been compiled by Vincent E. Heck, Jr. (@HeckPhilly). In it, the information is quite damning, and while many await the report from the Department of Justice and the FBI, one look at the following will make you feel for any young, endangered Black individual in America.

See the theory for yourself below:

Leave your thoughts, concerns, and comments in the section below.