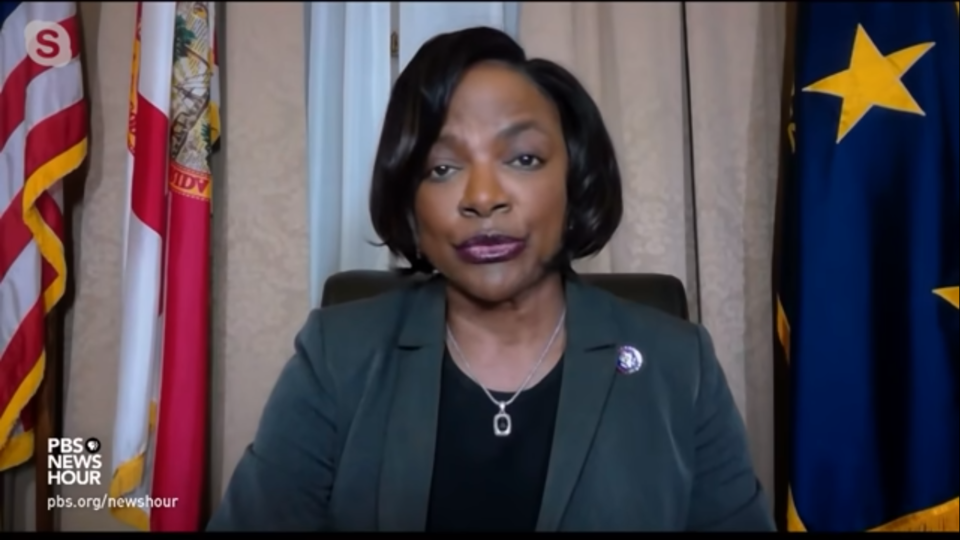 In a three-minute video announcing her candidacy, Demings discussed her upbringing as the child of a janitor and a maid and how that helped guide her to joining the Orlando police department, where she worked her way from an officer to the first female police chief in the department’s history.

“When you grow up in the South poor, Black and female, you have to have faith in progress and opportunity. My father was a janitor and my mother was a maid. She said, ‘Never tire of doing good, never tire,’” Demings says in the ad. “I’ve never tired of standing up for what I believe is right, now I’m running for the United States Senate because of two simple words: never tire.”

Demings has served in the House of Representatives since 2017. She also served as the chief of police for Orlando’s police department from 2007 to 2011. Her husband, Jerry Demings, is the current mayor of Orange County.

NBC News reported in May that Demings had been considering a Senate for a while. Those around her were pushing her to run and believe she’d make a tough opponent for Rubio. which appears to be correct given his reaction to the news.

In a video he posted to Twitter, Rubio called Demings a “do nothing House member without a single significant legislative achievement,” before adding that she wanted to close schools and businesses during the coronavirus pandemic.

No matter who wins the democratic Senate primary in #Florida my opponent will be a far left extremist#Sayfie #flpol pic.twitter.com/quy0pMUHS6

He also posted a retweet of a video of Rep. Ilhan Omar (D-MN) posting that Demings has voted with Omar 90% of the time.