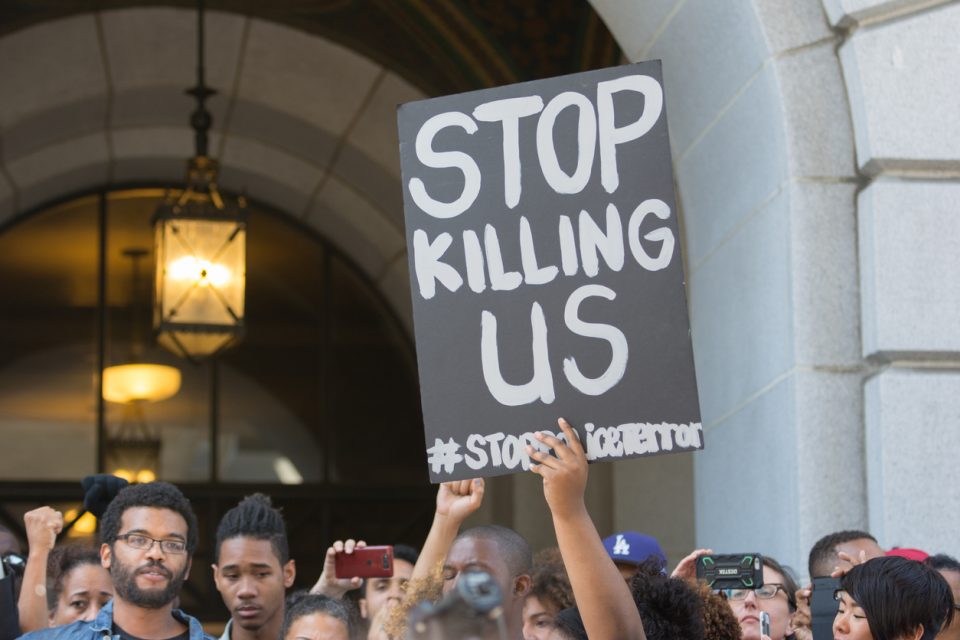 In wake of the Black Lives Matter protests that swept the nation in 2020, a number of Republican-led states have noticeably passed laws limiting peaceful protests from taking place.

Last month, Florida Gov. Ron DeSantis signed an “anti-riot” bill into law that increases the power of law enforcement when dismantling protests and rallies, Orlando Sentinel reports. The governor described the bill as the “strongest anti-rioting, pro-law enforcement measure in the country,” NPR reports. The provision denies bail for defendants accused of committing crimes during a protest until their first court appearance.

The law was the latest in a series of provisions within conservative states that appear to be in response to the social unrest due to ongoing issues of racial inequality, Yahoo reports. Following heightened social justice movements in 2020, GOP lawmakers in 34 states introduced 81 anti-protest bills during the 2021 legislative session, NPR notes.

“As is the First Amendment right to assemble. You know, the—what we have seen over the last year, really, since George Floyd was killed and there were protests across the country, is a Republican backlash against the idea that police departments are being defunded,” NY Times writer Reid Epstein said. “And that really hits on a Republican talking point pushed by former President Trump and his cohorts for much of the last year. It’s something that is a concern among Republicans even though it’s not necessarily tethered to any truth or any evidence that we’ve seen local governments in these states pushing to defund their police departments.”

Very similar to Florida’s bill, Oklahoma Gov. Kevin Stitt signed a bill granting civil immunity to drivers who plow into protestors while enforcing criminal charges against those protesting in the street, NPR reports. Other states that have passed provisions against protests include Texas, Arkansas, Alabama, Montana, and Tennessee.

The bills passed include provisions against peaceful protests that include defining riots as a gathering of small groups of at least three people, penalties for blocking streets, and making it legally defensible for drivers to run over protesters with their cars.

The strict new laws appear to be in direct response to the heightened Black Lives Matter protests against police brutality and systemic racism as well as indigenous-led protests against expanding fossil fuel infrastructure projects. Peaceful protestors within these 34 states will now have to find new ways to get their message out.