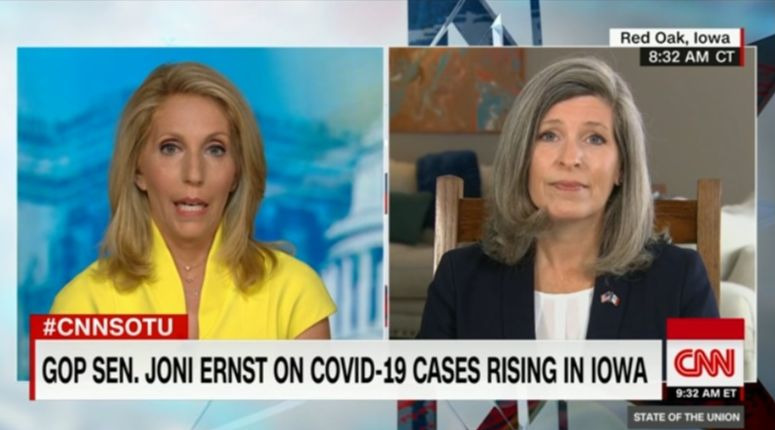 A Republican senator who criticized former President Barack Obama‘s handling of the Ebola virus insists that President Trump is “stepping forward” with the way he is handling the coronavirus according to The Daily Beast.

In an interview that was broadcast on CNN, Dana Bash posed a question to Iowa Senator Joni Ernst over her then-criticism of former President Obama back in 2014 when there was an Ebola outbreak, in which she stated that Obama expressed failed leadership based on a total of 2 deaths in 2014. She initially sidesteps Bash’s question about Trump’s leadership during the current handling of the coronavirus crisis.

The senator danced and swerved away from the simple question asked of her from the CNN host. She decided to state that everyone has “responsibility in stopping the spread” and even mentioned that there has been “one additional death” in Iowa in the past 24 hours.

To which Bash replies, “So given the fact that one person died there, that’s only half the number that died during Ebola, which you said was failed leadership,” She then proceeds to ask Ernst directly, “Is the president right now exhibiting failed leadership?”

“No, I think that the president is stepping forward and we have Vice President Mike Pence that is spearheading the task force efforts on the coronavirus,” Ernst insisted. “And so understanding where this came from, how it developed, of course, the push back that we got from the Democrats when the president did try to shut down travel from some of those hot spots, it was an extremely difficult environment to operate.”

You can watch the clip below.