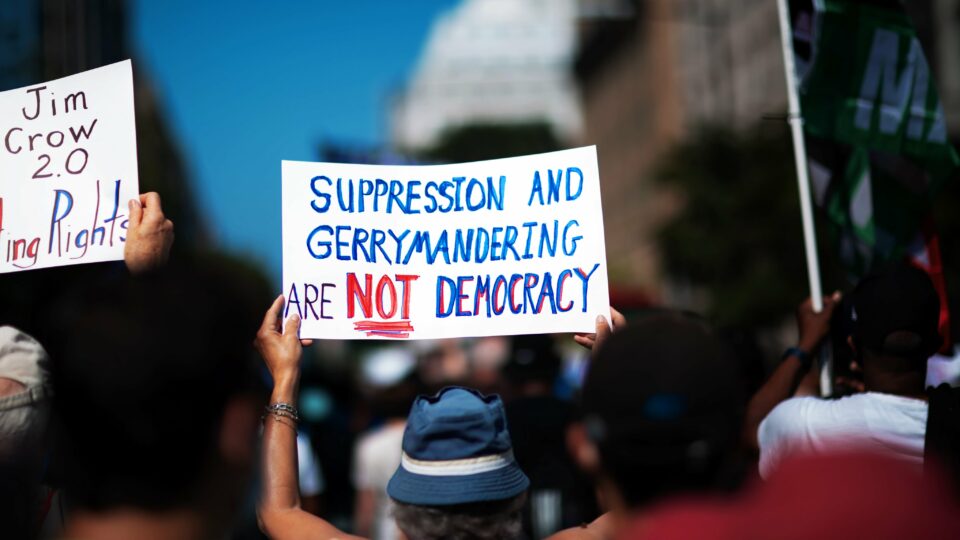 Republican lawmakers are claiming newly redrawn political maps are “race-blind” to create equality among voting districts, but several lawsuits say the opposite is the case.

With the 2022 midterm elections quickly approaching, both Republicans and Democrats are fighting for traction and an advantage over the other side. That has led to the newest fight concerning newly drawn voting district maps between the two sides.

Earlier this month, the Department of Justice filed a lawsuit against the state of Texas over its Republican-approved redistricting maps, which the agency says doesn’t acknowledge the growth in the Hispanic population, a direct violation of the 1965 Voting Rights Act.

“The complaint we filed today alleges that Texas has violated Section Two by creating redistricting plans that deny or bridge the rights of Latino and Black voters to vote on account of their race, color, or membership in a language-minority group,” Attorney General Merrick Garland said at a news conference.

Last year’s Census count gave the state two additional seats in the House of Representatives due to a population growth in which 95% of the people are minorities. However, Associate Attorney General Vanita Gupta told CNN an “investigation determined that Texas’ redistricting plans will dilute the increased minority voting strength that should have developed from these significant demographic shifts.”

Lawsuits concerning redistricting maps are happening in several Republican-led states. In North Carolina, a state court will consider redrawn maps in a trial next month to examine the potential of partisan gerrymandering and the dilution of votes in certain state races.

However, in some states, redistricting maps are being praised. Virginia and Michigan have adopted new political maps after voters approved measures to overhaul the redistricting process, and both states created redistricting commissions.

“Compared to last decade, when Virginia had racially gerrymandered maps and Michigan had partisan gerrymandering? These are much fairer maps,” Michael Li, a redistricting expert and senior counsel at the Brennan Center for Justice at New York University School of Law, told NBC.

“It’s night and day between states that aren’t reforming and states that did enact reforms.”