RHOA Marlo Hampton and 'The Art of Style' 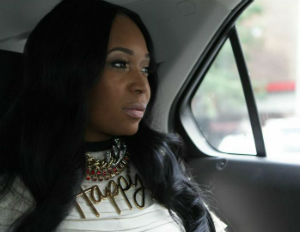 Reality TV fanatics more than likely remember Marlo Hampton, the fashion-forward and no-holds-barred addition to the Bravo hit series, The Real Housewives of Atlanta. While her stint on the vastly popular show was short-lived, her place in fans’ hearts was not. Hampton, who currently has over 260,000 Instagram followers, maximized her RHOA platform to build a solid brand in entertainment, using her keen fashion sense as the driving force.

In a recent sitdown with the St. Petersburg, Florida native, she admitted that fans’ fascination with her style came as a shock because it was just second nature for her. Even as a teen, she vividly recalls her impressive dressing abilities. “I went to the mall and I got a job at Contempo Casuals. I got a discount, I was broke every week—but I was fly as I don’t know what,” she tells BlackEnterprise.com while laughing.

Hampton’s passion for fashion has evolved into a new entrepreneurial endeavor, The Art of Style. It is a seminar series, set to kick off in New York City, May 16, in which she will teach the ins and outs of fashion. Topics include style basics, color theory, how to pull garments for a client, putting together a look for under $100, and more. General admission and VIP tickets are available, and the experience includes cocktails, music, networking, and one-on-one conversation with Hampton.

Following its New York City debut, The Art of Style will host a seminar in Atlanta, June 6.

Her advice to aspiring entrepreneurs is simple: “Believe in your dream, believe in yourself.” Hampton also stresses using social media to showcase your talent and work. “You want God to see that you’re taking full advantage of all your opportunities,” she says.