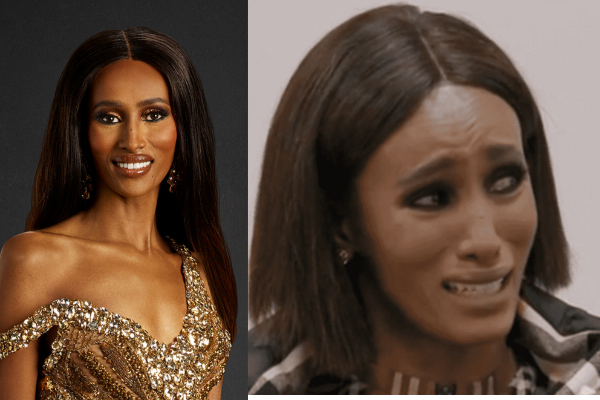 The Real Housewives of Dubai got really deep in the latest episode after show star Chanel Ayan revealed the forced genital mutilation she endured at age 5.

The supermodel has already opened up on the show about some of the trauma she sustained while growing up in Malaba, Kenya. But in Wednesday’s episode, Chanel attended a hypnotherapy session where she revealed the time she and her older sister were circumcised without their parent’s knowledge.

“At 5 years old, my aunt and my grandma came to pick us up to take us to another town,” Chanel told the therapist, as captured by People. “And then the next morning at 6 a.m., I didn’t know where I was going whatsoever, and then they took us to this man’s house, and they just tied us on the bed, and we were circumcised.”

Chanel attended the session with co-star Dr. Sara Al-Madani and held her hand while tearfully recalling her traumatic childhood. It was one of many memories she has managed to block out from her memory.

“I don’t have a lot of memories because I feel like I block things,” Chanel told the shared.

She went on to share the “pain” she recalls that filled her home, including many tears from her mother.

“The crying, the sadness, the beatings,” Chanel said through tears. “That’s what I remember. A lot of pain.”

As the therapist posed more questions, Chanel shared details about the forced circumcision and how she was treated afterward.

“We were tied in the legs,” Chanel explained. “Couldn’t pee. Couldn’t move. When we needed to pee, they would carry us and put us on the grass.

“I just didn’t understand what the hell was going on whatsoever, and my mom didn’t know that that was happening to us.”

Chanel credits her husband with motivating her to open up about her FGM experience on reality television.

“My husband supported me and loved me for who I am,” Chanel told People. “This helped me get to where I am, to be able to open up about being circumcised and raising awareness about this issue.”