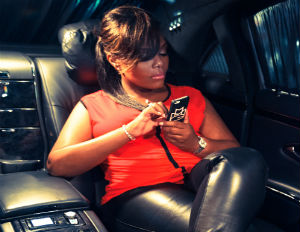 Rick Ross has amassed a fortune since he stormed into the mainstream in 2006. The man with the larger-than-life persona has banked millions from record sales, endorsements and touring since he embarked on the road to super stardom.

Ross has been investing, utilizing an entrepreneurial streak he has nursed since he was a teenager. His string of Wingstop franchises has been reported on extensively. As told in part one of this interview, his elder sister is the unsung hero in the construction of his empire.

BlackEnterprise.com talked further with Tawanda Roberts, who broke down her role in helping make her younger brother the multimillionaire success he is today.

Tell us more about yourself. Do you have children?

How do you juggle the enormous responsibilities that come with your schedule while raising a teenager and a toddler?

It just comes naturally (laughs). I also take my kids around with me when I travel.

We keep getting conflicting reports. Does team Ross have 25 Wingstop franchise locations?

Let me make sure I clarify that. We have a development agreement for 25 shops. So right now we have nine stores open. This summer I’ve been taking my time and going to different markets to scout out new locations. Last week I was in Huntsville, Alabama. So the deal is we have to open up 25 stores as per the development agreement.

Yes. Within two years we have to open up 16 more. We also have other ideas and brands in the works, so we’re not stopping here.