Jackie Mag vs. Rihanna: An Example of Bad Journalism-Black Enterprise 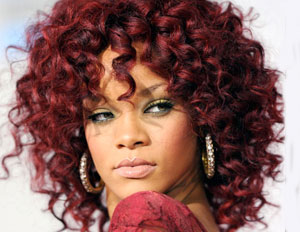 It all started when Jackie, a small (at least by American standards, with about 60,000 readers) Dutch fashion magazine decided to refer to Bajan singer Rihanna as a “niggabitch” in the headline of an article aimed at instructing young Dutch women on how to dress like her. The reference lit a fuse that, thanks to the magic and reach of social media, ignited a firestorm of outrage during the past week, eventually setting off the powder keg of Rihanna herself, whose angry response via Twitter concluded with an F-bomb dropped directly on the magazine’s editor-in-chief, Eva Hoeke. After initially releasing a weak non-apology–swearing no racist or malicious intent on the part of she and the writer of the article, describing it as a “joke” and asserting that the offending term is an acceptable use of American slang–Hoeke was forced to resign, ending her eight-year tenure at Jackie. Which is totally fine by me, and most sensible people in Holland, America and most of the world.

I’m only bothering to make note of this to make two points: One, the reason Hoeke deserved to lose her job is not racism, whether conscious or latent, but incompetence. Two, Jackie‘s use of a racist slur against Rihanna, a globally popular singer and performer, is just the latest evidence of the fact that racism remains one of America’s biggest exports–if only because, like an infestation of insects in a shipment of fruit, it’s part of what you get when you import American pop culture, which remains in high demand in Holland and around the world.

If Hoeke and her editorial team had just checked, using basic journalism fundamentals, she would have found that in no way would public use of the term “niggabitch” be received as a joke by Rihanna or any other Black person (or most people of any race). Nor would they have found evidence (outside of the music lyrics they apparently used for their “research” of Black American culture) that the term is acceptable slang that is widely used in a non-derogatory manner. This kind of sloppy journalism is not limited to Dutch fashion magazines. There are countless examples, though relatively few as inflammatory as Jackie‘s, of White-run media outlets lowering journalistic standards when it comes to reporting on Black people and culture. Even in 2011, too often, attempts at gaining an accurate understanding of Black people, communities and culture stops at a White editor or writer asking the one or two Black acquaintances they may have–or worse, going by images and stereotypes promoted as factual by popular culture, including in articles published by other White-run media outlets with only a passing familiarity with Black people and culture. For a recent example, you only have to go back to last week’s outrage in response to Forbes Contributor Gene Marks’ “If I Were A Poor Black Child.”

My second point is one that most purveyors of American popular culture, which in many parts of the world is nearly synonymous with Black American culture, are fully aware of but rarely interested in addressing or being held accountable for: Many if not most people in countries outside of the United States form their perception of Black Americans based on what they see and hear in music, videos and other expressions of popular culture, which has been defined primarily by hip-hop and urban culture for the better part of three decades. Don’t believe it? Ask the African Americans who are confronted with these expectations when they travel abroad. Then know all about Russians who think nothing of calling a Black tourist “nigga” because they’ve learned that’s what Black Americans call each other; the inebriated Greek dude who doesn’t understand why it’s not okay to grab the rear end of a Black woman he doesn’t know–or the Dutch fashion magazine editor who thinks it cool and funny to describe the fashion choices of a popular, young Black female singer as “niggabitch”–although Rihanna’s wardrobe is no more risque than that of Lady Gaga‘s or, for that matter, Madonna‘s at the peak of her popularity as an international recording star and performer.

The editor-in-chief of Jackie got exactly what she deserved for her gross lapse in editorial judgement. (Never mind that, to my knowledge, she never really apologized to Rihanna.) But what about the Black artists who routinely use the terms “nigga” and “bitch” (okay, not usually combined, though unfortunately, that may change) in not just their art, but in their day-to-day conversation via both traditional and social media, the primary means of the worldwide circulation of all culture?

As a journalist, I abhor censorship. And as a lover of the creative arts (and the father of a rap artist whose lyrics aren’t always for the faint of heart), I believe in the freedom of artistic expression. And I must note that, from what I could gather from responses on blogs and in social media to Jackie‘s racist slur against Rihanna, the overwhelming majority of Dutch people thought that the magazine’s use of the term was both obviously offensive and inexcusable. In fact, most Black travelers report that overtly racist behavior against Black Americans is the exception, not the rule, in most of the countries they visit. All I’m saying is that as African Americans, and particularly as artists, performers and media influencers, we need to be more conscious of the images and values we are using to define and represent our culture and people–and our women in particular, in the case of Rihanna. Otherwise, it may be increasingly difficult for our outrage to be taken as anything other than hypocritical when the N-word comes home to roost in the future.

Women of Power Legacy Award Winners…of the Past