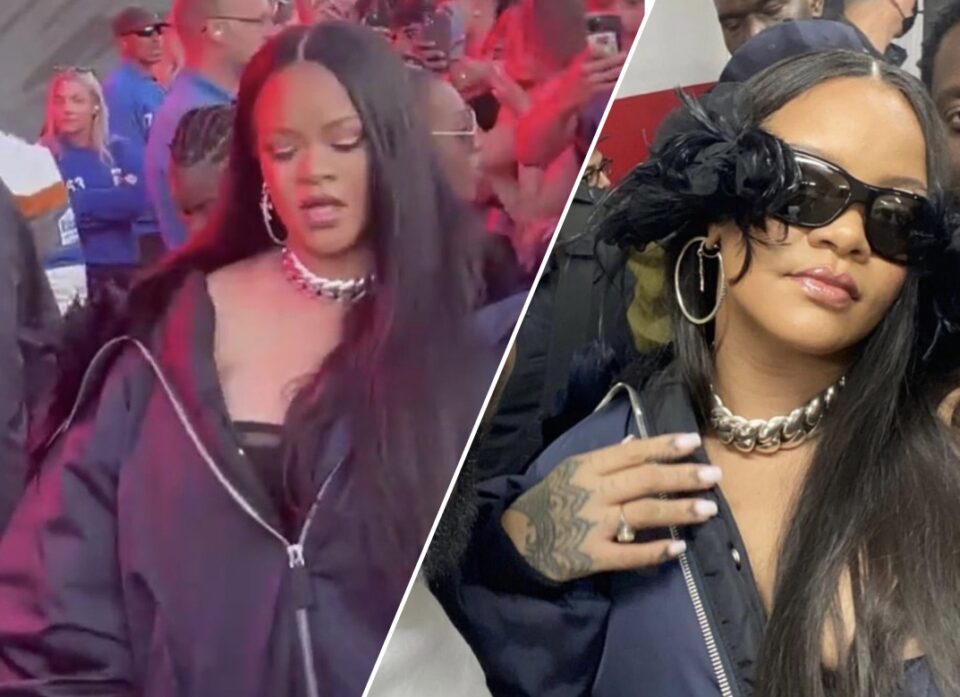 Billionaire beauty mogul Rhianna was spotted in public at a London show for the first time since giving birth to her baby boy on May 13.

The Barbados bad gal went to support the father of her child A$AP Rocky, at his July 1 headlining performance at the Wireless Festival in England.

Caught on camera by a concertgoer, Ri-Ri was seen donning an all-black ensemble, a Cuban link necklace, and feathered sunglasses as she was escorted by security while dozens yelled for her attention.

One fan even posted a side-by-side of the superstar singer and an audience reaction of her presence, captioning it, “And who wouldn’t have the same reaction seeing Rihanna in person?”

Later that night, fans spotted the power couple again, while her baby father got a haircut at a Crystal Palace, south London barber shop. Dozens were gathered outside the shop, fighting for a chance to see the Fenty Beauty founder in the flesh. One user jokingly pointed out how the international star “loves the ghetto.”

One witness of the large gathering outside the barbershop shared, “Everyone saw A$AP come out first and then probably like 30 seconds later he went back to the car to bring out Rihanna. Then everyone noticed and it went hectic.”

The night before, she was photographed getting on a private jet in Van Nuys, California, with her family and entourage.

Rihanna and Rocky welcomed their newborn son in Los Angeles, although there has been no sight of him yet.

An inside source told People, “Being a new parent is of course an adjustment, but they are doing great. Their baby boy is healthy and Rihanna is just in awe of him,” they said. “She really was so excited to be pregnant. She loved it. Meeting her son was of course extremely special too.”

The insider also added that the Anti singer “doesn’t seem rushed to get back to work” and “very much enjoys spending quiet time with her baby.”