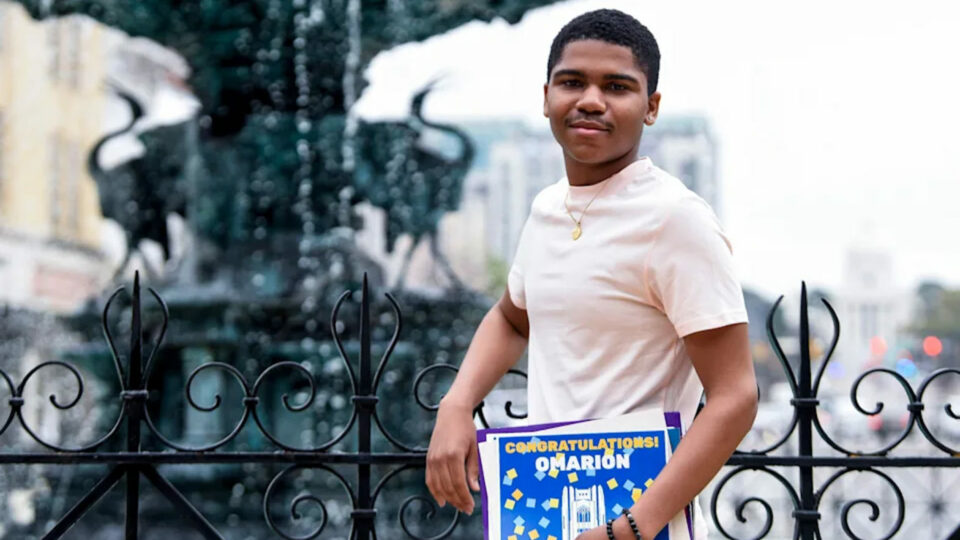 Omarion Ikaika Calloway, a first-generation college student, is on his way to his dream school after receiving 21 college acceptances and over $1.3 million in scholarships, as reported by The Montgomery Advertiser.

Calloway, a senior at Park Crossing High School in Alabama,  maintains over a 3.9 GPA. He is an aspiring storyteller who is not only marking history as the only one in his family to attend college, but is narrating his success. He will attend his top choice, New York University. Calloway’s final decision was inspired by his late grandmother, whom he became a caretaker for at the age of 10. Her influence will live on. 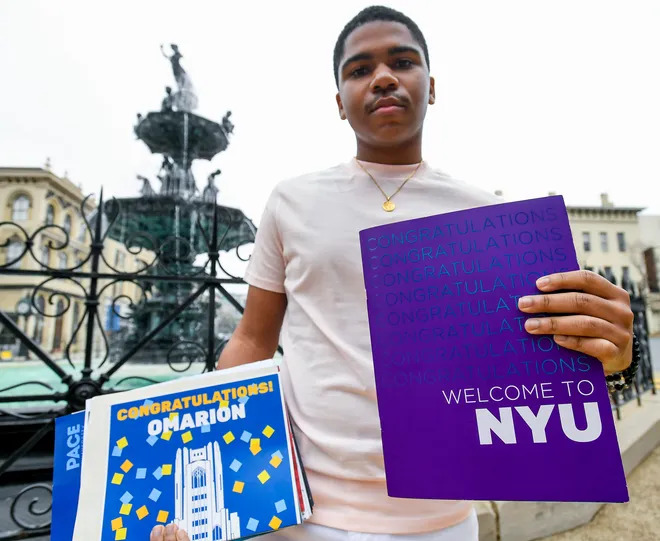 Growing up, the rising college freshman enjoyed reading his grandmother’s stories in bed. He fell under a lot of stress during his earlier years and turned to storytelling as an outlet. With a small camera, gifted by his mother, Calloway discovered the joy of running around and filming his younger brother. Soon after, he would present the short film to his family.

“I would just write down my thoughts and project them onto like characters I made up in my head and just went from there,” Calloway recalled. “I just fell in love with storytelling ever since.”

For Calloway, the prestigious NYU creates “the next generation of storytellers and community builders.” His goal of becoming a storyteller, screenwriter, director, and producer is a vision he sees coming to fruition.

“I know at NYU I’ll be trained in a media-based environment surrounded by artists like me,” said Calloway.

As a student, Calloway is highly praised for his readiness to embark on his college journey. J. Kelley Ross, a facilitator for virtual learning, worked with him during a virtual program. He believes “[Calloway] has an extraordinarily positive attitude about absolutely every endeavor” which is “rare for a high school student.”

Additionally, the teenager interned at the Montgomery County Sheriff’s Office last sumemer. His responsibilities included weed pulling and pressure washing. The experience improved his communication skills and helped him break out of his shell, according to Isaac Forbes, Calloway’s mentor at the department. Forbes recalled him being like a “sponge” and always having a smile on his face.

At NYU, Calloway is eager to get started on becoming a “community builder” and championing for “a better tomorrow.” He told The Montgomery Advertiser that he wants to be a “voice for the voiceless” and start an organization for “young caregivers,” where they can connect and raise funds.