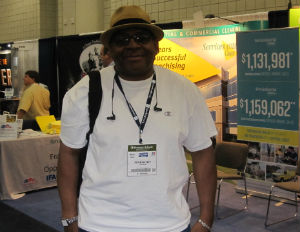 Blackenterprise.com reached out to Jani-King and Coverall. They sent in the following statements:

“Mr. Coston is a former Jani-King franchisee who ceased doing business in the Jani-King system nearly a decade ago. Commercial cleaning is a competitive industry and Jani-King bids accounts according to industry-wide production standards while taking into account unique aspects of the franchising model.Â  Jani-King’s bidding process includes multiple safeguards to ensure that accounts are bid in a manner that allows franchisees to earn a profit while providing superior service to customers. However, we also recognize that Mr. Coston has established a competing business. Jani-King wishes him the best of luck in his operations.

“Coverall is committed to the success of its Franchised Business Owners. We place our franchisees at the top of the Coverall System. Our success depends on their success.â€

Last year Black Enterprise named Coverall to the 25 great franchise opportunities for African Americans list, saying, Coverall is “within one of the hottest sectors poised to flourish within the industry,â€ and franchisors like Coverall offer alternative financing to help entrepreneurs access capital.