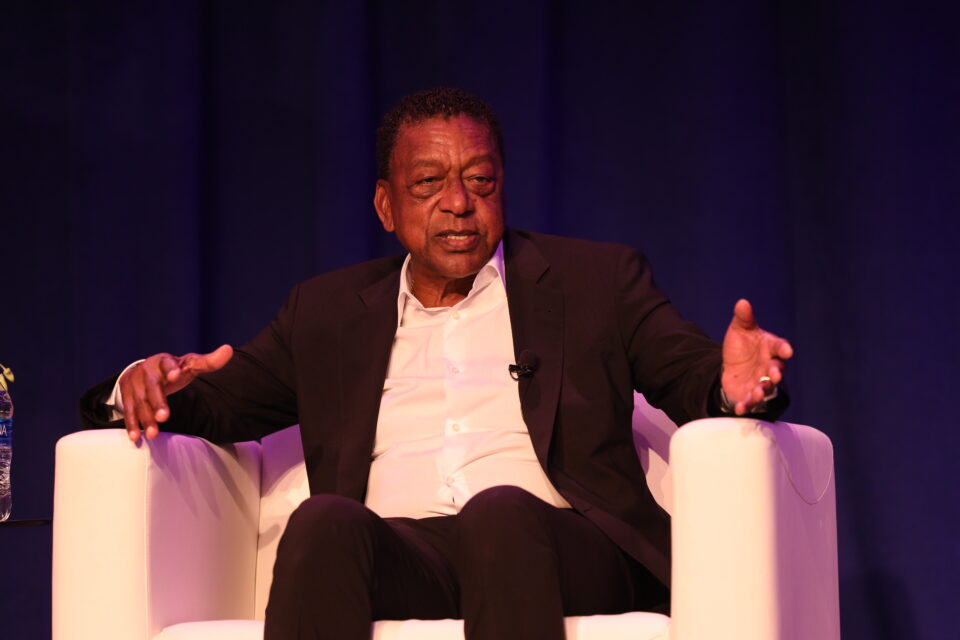 Robert L. Johnson, founder and chairman of The RLJ Companies and founder of Black Entertainment Television (BET) was inducted into the 26th Hall of Fame Class by the Television Academy along with five television legends.

The Hall of Fame honors persons who have made outstanding contributions in the arts, sciences, or management of television over a lifetime career or through singular achievements.

The six inductees join more than 150 individuals previously inducted into the Hall of Fame since its inception in 1984.  The Academy also honored award-winning and acclaimed actor, director, and activist Sean Penn with the Bob Hope Humanitarian Award for his decades of activism.

During the awards ceremony, Johnson expressed his gratitude to be inducted into the Hall of Fame and challenged the industry to do for up-and-coming Black entrepreneurs and artists what John Malone, Chairman of Liberty Media, did for him, “If anybody is responsible for BET’s existence, it’s John Malone.  John was critical not only for the financial investment, but his partnership was instrumental in getting an automatic stamp of approval from cable operators when I first started BET.”

Johnson further stated, “I’m receiving this award because of what can be done when ideas, capital, and a commitment to give people a chance to be successful is combined.  The commitment of one man, John Malone, who took a young man’s vision and turned it into an opportunity. That’s the kind of spirit that needs to be put in front of other emerging Black artists – that’s what is missing in our industry – the more we start focusing on this combination – the more we will have successful stories like BET,” he concluded.

Liberty Media Chairman John Malone who invested in Bob Johnson’s vision to create BET wrote, “… Cable was still in its infancy, and Bob recognized a void in cable programming for the African American market.  Bob wanted to be the person to fill that void and believed his channel could deliver entertainment programming options that were unavailable to the African American community on cable…Bob achieved his goal and launched the first Black cable television network, but I believe his contribution goes far beyond BET. The success of BET advanced the careers of many others.  I never doubted Bob’s commitment to making BET a success.”

“These legendary performers, creators, craftspeople and television executives are luminaries in our industry; their work has influenced and immeasurably elevated the current television landscape and culture,” said Frank Scherma, chairman and CEO of the Television Academy. “We are proud to induct these trailblazers into the Hall of Fame and honored to celebrate their extraordinary contributions to our industry.”