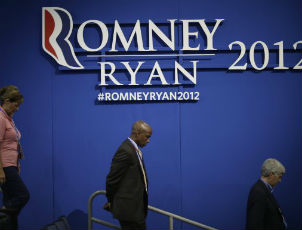 A black CNN camerawoman was verbally attacked at the Republican National Convention last night when an unidentified man threw peanuts at her and reportedly told her: “This is how we treat animals.”

CNN confirmed that an incident occurred with one of their employees but did not elaborate.

Convention spokesman Kyle DownEy confirmed that two attendees were ejected from the convention and called their behavior “deplorable.”