On the Road With ‘Shark Tank’ 2017: Meet the Founder and CEO of Disctopia 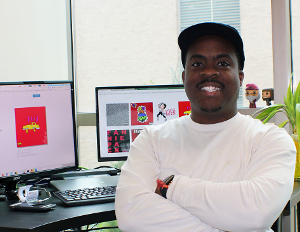 Values Partnerships leads a nationwide casting tour for ABC’s Shark Tank, which is focused on bringing more diverse ideas and voices to the show. In 2017, it’s hosting casting calls across the country, giving diverse entrepreneurs the opportunity to pitch their businesses and appear on the ninth season of Shark Tank. It will also host pitch prepping sessions, entrepreneurship resources, and discussions on access to capital for entrepreneurs around the country, with the goal of every entrepreneur leaving these events better than when they arrived.

At each stop, Brandon Andrews sits down for a Q&A with entrepreneurs from the casting calls and the organizations that support them.

On April 28, 2017, we brought the casting team for ABC’s Shark Tank to Johnson C. Smith University in Charlotte, North Carolina, for the fourth stop in our nationwide casting tour. While in Charlotte, Andrews sat down with Disctopia founder Patrick Hill.

Patrick Hill: Mixtapes were the beginning. When I was younger, CDs were the main way to get your music. I had an old computer and new CD burner which I used to become known for mixtape playlists. A few years go by, and my friend asks me to make some CDs of his new album. By this point, CDs were dying, so I told him to put it on a website and have people download it and burn their own discs. I told him, “Distribute [it] yourself.’ Disctopia was born from that moment.

Andrews: Why is there so much friction between creative entrepreneurs— including indie artists—and the business world?

Hill: Creative entrepreneurs are offering something different. The friction is unavoidable. If every day you woke up and knew your livelihood depended on forecasts and actuals, you’d want to eliminate variance. Creativity is that variance. But it’s also just a matter of time. There’s really no prediction for which song, style, or business idea is going to take the world by storm. But what you can do is create the conditions for it. And that is Disctopia’s mission, to create a platform for creatives, indie artists, to be successful.

Andrews: How do artists get setup on the platform? How do users listen to music?

Hill: Our website, disctopia.com, offers the full suite of options and is best for an artist to sign up, upload their creative works, discover potential collaborators, and listen to music. Our mobile apps, both iPhone and Android, are great for sharing music with fans and listening to other talented indie artists. The website is disctopia.com and the mobile apps can be found in the Google Play and iTunes store. Both have a clean design while offering next-generation functionality.

Andrews: You pitched at our Shark Tank casting call at Johnson C. Smith University. What does the opportunity to be on Shark Tank mean to you?

Hill: I view it as only positive. Every part of the experience I’m getting a return on investment. So we’ll see. But ideally, I’d come away from it with a mentor, an investment, and unrivaled exposure.

Andrews: How do you plan to grow Disctopia in 2017?

Hill:  I always knew Disctopia had potential, but technology and listening habits aligned perfectly. We’re leveraging technology innovations in cloud, payment processing, and streaming to provide artists with a first-class solution to reach their fans and find other great artists. In 2017, we’re focused on organic growth and strategic partnerships. Social networking is key. Good music will get found if given the chance. We’re also partnering with influencers and promoters in cities across the country who appreciate the indie artist movement. 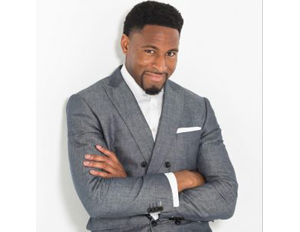