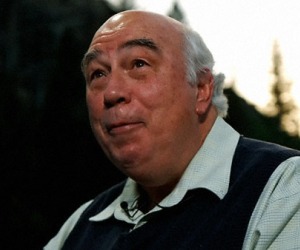 Many celebrated when it was announced that President Obama had been reelected, Robert E. Murray did not.

The chairman and chief executive of Murray Energy was not in a celebratory mood. Instead, he read a prayer to a group of his company’s staff members asking: “Lord, please forgive me and anyone with me in Murray Energy Corp., for the decision that we are now forced to make to preserve the very existence of any of the enterprises that you have helped us build.â€ He then proceeded to lay off 156 people from his company.

Blaming a “war on coalâ€ by the administration of President Obama, Mr. Murray felt the layoffs were necessary to remain in business. Murray Energy is the country’s largest privately owned coal mining company with about 3,000 employees producing about 30 million tons of coal a year. According to an article in the New Republic, Murray Energy had forced workers to attend a speech for the former Republican candidate Mitt Romney, without pay. The same article also mentions salaried employees being pressured to donate money to candidates chosen by the company. Murray Energy employees have given more than $1.4 million to Republican candidates for federal office since 2007. Murray denies that any coercion took place.

Murray, in a letter to employees, mentioned his belief that a new carbon tax will be used to subsidize Obama supporters and lead to the “total destruction of the coal industry,â€ by 2030. In a similar letter written in September 2010, Murray said insufficient contributions to the companies PAC were placing employee’s jobs at risk.

“The response to this letter of appeal has been poor,â€ Murray wrote. “We have only a little over a month left to go in this election fight. If we do not win it, the coal industry will be eliminated and so will your job, if you want to remain in this industry.â€

A number of CEO’s publicly encouraged employee support for Romney before the election. Murray is one of select few who followed through with his threats.