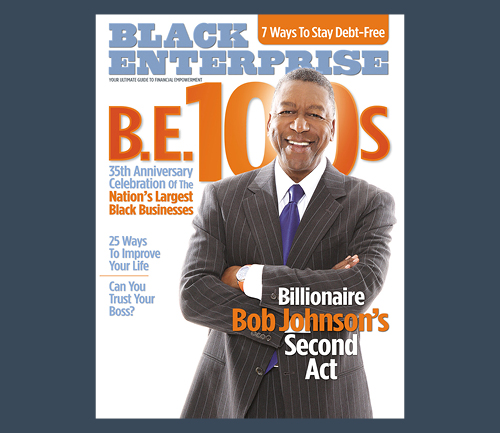 For 40 years, Johnson has repeatedly made business history. First, he launched Black Entertainment Television–better known as BET–as the first Black-owned cable television network in 1980. Within a little more than a decade, he took it public in 1991–the first time a Black-owned company was traded on the New York Stock Exchange. After taking the company private again, he sold BET to Viacom for $3.2 billion in a transaction that made him America’s first Black billionaire. He shattered other barriers as the first Black majority owner of an NBA franchise in 2003. He also took two other companies public: RLJ Lodging Trust, a $3 billion hotel real estate investment trust listed on the Big Board since 2011, and RLJ Entertainment, listed on NASDAQ in 2012 and sold six years later to AMC Networks, for which he now serves as chairman. Two of his firms–RML Automotive and RLJ Equity Partners–both part of his expansive conglomerate, The RLJ Companies, can be found among the BE 100s lists of the nation’s largest Black-owned businesses.