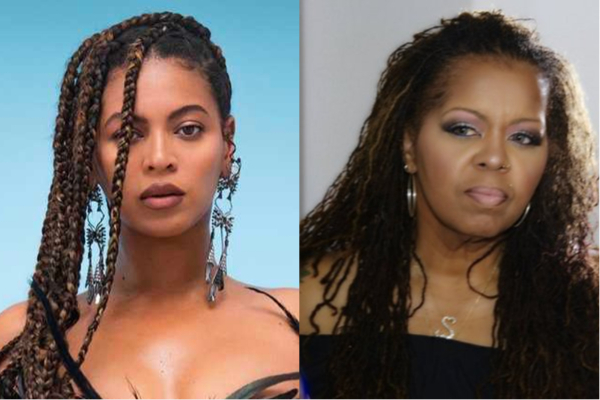 Beyonce has ruled that house music is back and the world agrees. The Bey Hive has been reeling over “Break My Soul,” the first track from Queen Bey’s highly-anticipated Renaissance album.

The house hit samples Robin S’s 1993 hit “Show Me Love” and Big Freedia’s “Explode” and teases the dance tracks Beyonce is expected to serve fans on her 12th studio album.

With Beyonce bringing back the early 90s house music sound with the samples, Robin S appeared on ITV’s Good Morning Britain on Wednesday to express her gratitude.

“This is Robin S, and this message goes out to the Queen Bey herself, Beyoncé, to JAY-Z, to the entire team,” she said.

“Thank you so much for giving me my flowers while I’m still alive. I am honored, and I’m excited to see what else can happen.”

She recalled learning of her music being sampled by her son who was just as excited as she was.

“My son called me and he’s like, ‘Mom, mom. You’re trending all over the place,'” Robin told the crowd.

“‘You know Beyoncé put her song out and it’s ‘Show Me Love’, and you’re trending everywhere.'”

'I'm honoured and excited to see what else can happen.'

Robin's song 'Show Me Love' is thought to be sampled on Beyonce's latest single. pic.twitter.com/za24JEg9Bj

While Beyonce didn’t personally contact Robin about the sample, the singer knows Bey drew inspiration from her original work.

“It doesn’t have to be confirmed. A singer knows her songs,” Robin said.

Robin boasts a number of number one records on Billboard’s Hot Dance Club Play charts. Her hit “Show Me Love” has been sampled countless times but Bey’s version is the first time it was referenced in a contemporary pop song, People reports.

After being sampled by Beyonce, Robin S is hopeful the two can work together on a collab sometime in the future.

“Maybe we can do a collab together? You know, that’s always the dream,” she said. “I can’t even. Just wow. A lot of thanks.”