Roc Nation CEO Desiree Perez Gets Trump Pardon. Could This Be A Power Move By Jay-Z? 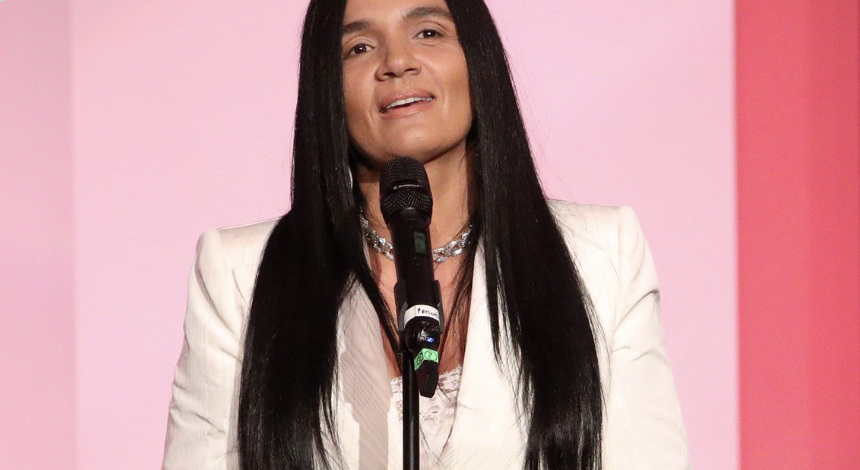 Former President Trump disclosed last-minute commutations and pardons at 1 a.m. on Wednesday, Variety reported. On the list were many people from executives to politicians, including former Detroit Mayor Kwame Kilpatrick and rappers Kodak Black and Lil Wayne. To everyone’s surprise, an unexpected name appeared on Trump’s clemency list– Roc Nation CEO  Desiree Perez. According to the publication, Desiree and her husband are close friends with Jay-Z. Perez’s husband, Juan, is also the CEO of Roc Nation Sports.

A statement from the former Press Secretary regarding Desiree’s presidential pardon stated Trump took into account the positive changes the leader has made in her life since her conviction for attempting to distribute narcotics.

“President Trump granted a full pardon to Desiree Perez. Ms. Perez was involved in a conspiracy to distribute narcotics. Since her conviction, Ms. Perez has taken full accountability for her actions and has turned her life around,” the letter read. “She has been gainfully employed and has been an advocate for criminal justice reform in her community.”

Desiree, who is Cuban-American, is a music-industry staple and was appointed to the top position in 2019. In the same year, Billboard Magazine deemed her Executive Of The Year during the publication’s yearly Women in Music event. She heads the organization’s numerous outlets like activism, television and movies, music, publishing and touring. The multi-million-dollar entertainment and sports organization is home to today’s most prominent pop culture names, including Shakira, J.Cole, Rihanna, Big Sean and Megan Thee Stallion, Variety reported.

According to Variety, Desiree was arrested in 1994 for drug possession and in 1998 for gun possession and grand theft. After becoming an informant for the U.S. Attorney’s office, she was sentenced to five years probation. She violated her probation and served nine months in jail in 1999.

“I’m grateful to have received a pardon and to have formally closed that chapter of my life in the eyes of the law,” the 52-year-old Cubana told Variety. “I have taken full accountability for my mistakes from 25 years ago, but I also take tremendous pride in my personal growth, perseverance and accomplishments since then. This pardon reinforces my lifelong commitment to advocate for criminal justice reform and social justice initiatives.”

It’s also fair to note that Jay-Z and Beyonce were extremely vocal about their support for the Obama administration. The Carters were relatively quiet during this last election cycle. According to an insider, the Roc Nation owner didn’t want to get on Trump’s bad side– especially if it could help Perez.

“As anyone who’s worked with the Trump White House knows, you can’t piss him off, or he will take revenge,” the source told Variety.

Although the power move is speculative, Jay-Z is looking to break into the cannabis business, and Desiree’s felonious record could’ve interfered with that plan.