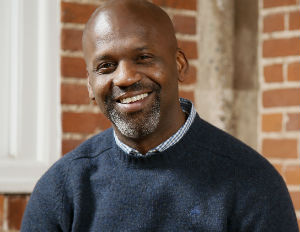 It is no secret that the supplier diversity landscape could use a little tweaking. There is a very obvious disconnect in the ease and access of corporations utilizing minority and female-owned businesses. This has been a continuous problem that has finally found a solution: ConnXus.

BlackEnterprise.com caught up with ConnXus founder, president, and CEO, Rod Robinson, and COO Daryl Hammet to find out how they created the platform that may single-handedly solve most (if not all) supplier diversity problems.

Robinson: I was chief procurement officer at Cincinnati Bell, which is one of the regional bell operating companies based in Cincinnati. We were doing a couple billion dollars in revenue. I was responsible for all of the corporate procurement, and supplier diversity was one of the areas that reported to me. We had a responsibility to our customers relative to corporate and government mandates to report our results as it related to spending with suppliers/companies owned by women, minorities, veterans, and so forth. I found it costly to pay for access to multiple databases to find suppliers and to track and report the spend with those suppliers–sometimes on a monthly and oftentimes a quarterly basis.

It was frustrating to have my staff complain about having to spend so much time chasing numbers from prime suppliers, that we were required to report to fulfill contracts. I just felt like there had to be an easier way. I saw an opportunity to make that process a lot easier leveraging technology. With technology being leveraged in so many other areas, why hasn’t someone made the investment that is so important, it can actually help to drive the growth of minority and women-owned businesses which make up so much of the market in the U.S.

How have you seen ConnXus actively benefit diverse suppliers thus far since inception in 2010?

Hammet: I believe that we have created an awareness with corporations that did not necessarily have vehicles to get or engage minority suppliers, because they didn’t have a database and they weren’t posting requests for proposals (RFP’s) or requests for information (RFI’s) outside of their organization. We’ve created a lot of opportunity around giving corporations access to suppliers they never would’ve had access to.

Also, by bringing on suppliers to our platform, we’ve created millions of dollars in opportunities for suppliers to engage corporations that they never would’ve had access to. What we provide with this cloud-based platform lets companies connect, engage, and search for companies that have the capabilities, the size, the regional access, and the discipline to be able to engage at a higher level. What we do is provide the buyers the opportunity to post, vet, and have access. At the same time, we give suppliers the visibility that they need, because they can’t run around the country all the time and try to engage a McDonald’s or a Coca Cola.

This is where ConnXus, Connect U.S. has come in and linked these two together; it saves money, time, and allows for the connection to flourish through engagement.

Where do you see ConnXus in the next five years?

How we plan to impact diverse suppliers over the next five years is to significantly increase that equation that’s currently out of balance. We’d like to see that number move from six percent to more like 30%.

Check back for Part 2 of this enlightening conversation. For more information visit ConnXus.com.