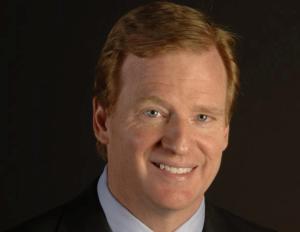 According to The NY Daily News, the National Football League’s commissioner, Roger Goodell, testified in Ray Rice’s appeal of his indefinite suspension. He was on the stand for 2 hours on the first day of the 2 day trial.

The hearing took place at the office of arbitrator Barbara S. Jones, a former U.S. District Court judge in New York. Goodell initially suspended Rice for 2 games in late July for hitting his then fiancee, Janay, in an Atlantic City elevator in February. After TMZ released an explosive video of the actual assault that took place, Rice then decided to suspend Rice indefinitely.

Rice and his wife, Janay, reportedly will testify today.