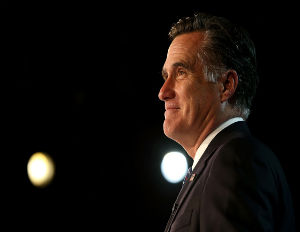 Mitt Romney participated in a conference call with his top donors yesterday. In the call he told his supporters that President Obama won because of theÂ “the giftsâ€ the administration had given to blacks, Latinos and young voters.

The GOP’s losing candidate said the partial forgiveness of college loan interest, the extension of health coverage for students on their parents’ insurance plans into their 20s, and free contraception coverage under Obamacare gave an extra incentive to college-age women to vote for Obama.

He mentioned that the Obama campaign was successful in characterizing him as “anti-immigrantâ€ and that Obama’s promise to offer “amnestyâ€ to the children of illegal immigrants had helped turn out Latino voters.

“The president’s campaign,â€ Romney told his donors,”focused on giving targeted groups a big gift – so he made a big effort on small things. Those small things, by the way, add up to trillions of dollars….I am very sorry that we didn’t win. I know that you expected to win. We expected to win…. It was very close, but close doesn’t count in this business.â€