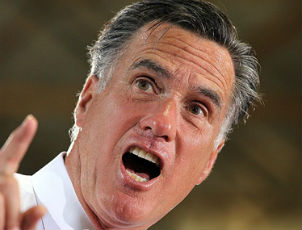 Hours after Vice President Joe Biden told a mostly black crowd that Mitt Romney would put them “back in chains,” Romney blasted the Obama campaign team.

“His campaign strategy is to smash America apart and then cobble together 51 percent of the pieces,â€ Mr. Romney said. “If an American president wins that way, we all lose.â€

Romney went on to say that Obama’s campaign has “disgraced the presidency.” He also said that Biden’s words were “wild and reckless” and that Obama should go back to Chicago and let him help rebuild America.

“This is what an angry and desperate presidency looks like,â€ he said.

Read more at the NY Times