He Caught Up! Romney Ties Obama in Polls After Debate Win 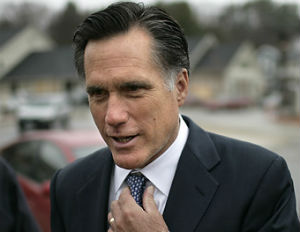 Monday morning’s new polls don’t look too good for President Obama: according to Gallup, Mitt Romney has pulled into a tie on the heels of his strong debate performance last Wednesday in Denver.

Prior to the debate, President Obama maintained a five-point lead in Gallup’s polls. But polling from three days after the showdown indicates that the president’s lead has essentially disappeared.

The numbers mark a big change in the race: just weeks ago, the President was pulling ahead, various media outlets were declaring the Romney campaign dead, while stories of infighting in the Romney camp were starting to leak to the press.

How bad was Obama’s debate performance? A record number of Americans – nearly three out of four – felt that Mitt Romney won their matchup last week. Nearly half of Democrats (49 percent) said that Romney beat Obama. The 52-point win (72 felt Romney won, while 20 percent felt Obama did) is the most lopsided victory that Gallup has ever measured.